Çavuşoğlu criticizes Trump and Netanyahu’s stance on protests in Iran, says it's a domestic matter 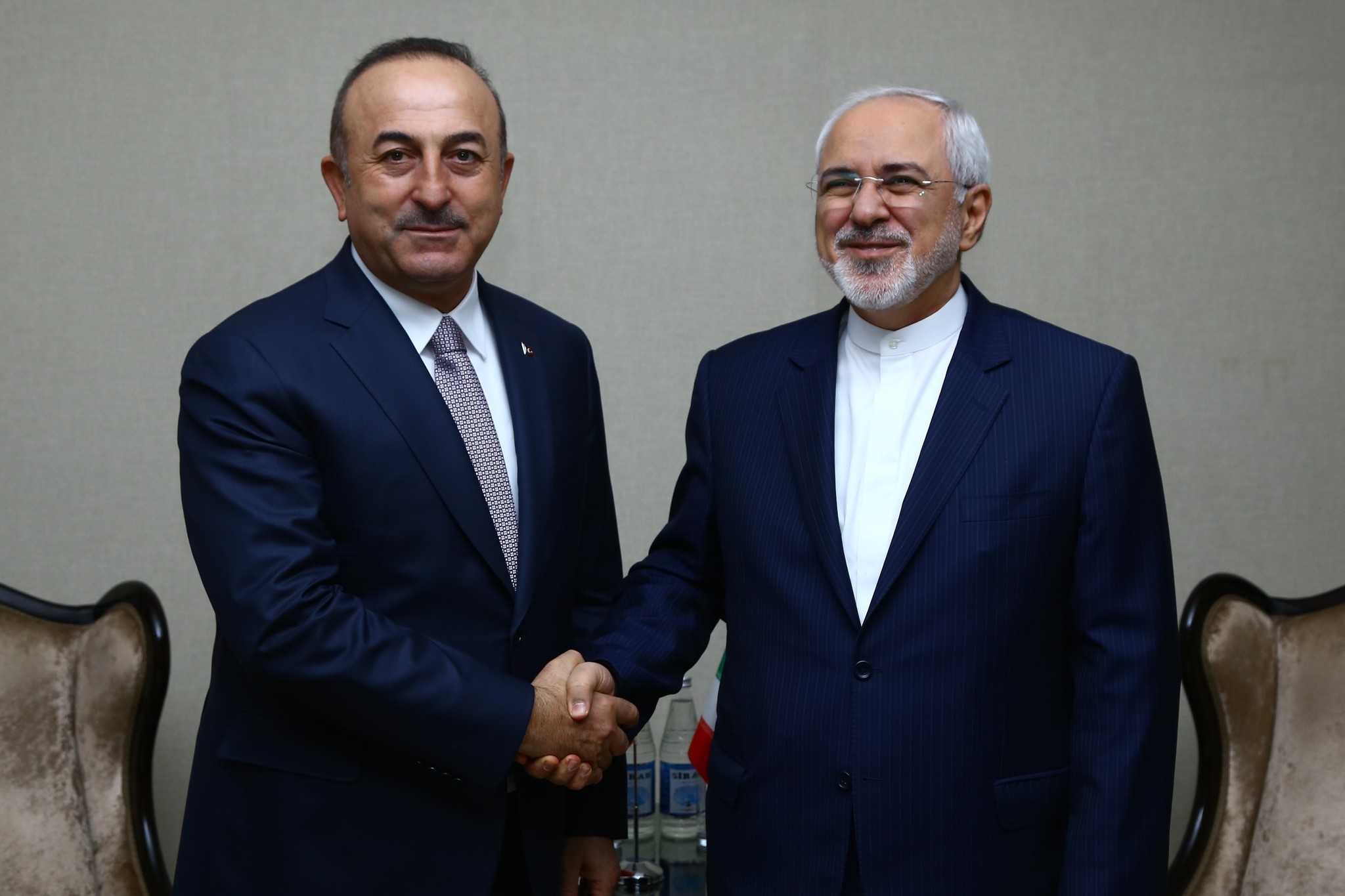 Turkish Foreign Minister Mevlüt Çavuşoğlu hit back at U.S. President Donald Trump and Israeli Prime Minister Benjamin Netanyahu's comments about the unrest in Iran, saying that they should stay out of a country's domestic matters and let Iran solve the issue peacefully.

The minister made the comments during a meeting with reporters in Ankara on Tuesday in which he gave details about his meeting with his Iranian counterpart Mohammad Javad Zarif. The two discussed a broad range of issues such as the protest in Iran, the PKK/YPG in Syria and Trump's Jerusalem decision.

Çavuşoğlu said that he was against any foreign intervention as it was a domestic matter, and that Turkey hoped that stability and peace would soon be restored in Iran. His comments come after Trump and Netanyahu openly voiced support for the protests, and the U.S. leader called for a United Nations Security Council session on the matter.

Çavuşoğlu said that Trump had made the call solely because of his anti-Iran stance, and that the matter had no international dimension and hence Trump's move would yield no result.

The Turkish foreign minister also underlined that the current administration in Iran was chosen by the public with elections, and asserted that countries should refrain from making "double standard" comments when criticizing Tehran.

"It's clear as day who wants to stir up trouble in Iran. If there is to be a change, then it should be via elections," he said, adding that President Hassan Rouhani's statement about peaceful protests was very important within this context.

Çavuşoğlu said that Zarif told him that the situation in Iran wasn't as bad and widespread as the media portrayed and bore similarities to the infamous Gezi Park protests in Istanbul which at first started peacefully over environmental issues, but quickly turned into violent nationwide anti-government riots after clashes between police and protesters.

The Iranian minister acknowledged that there were casualties from the protesters as well as policemen, and that the government was keeping its calm and being patient waiting for the unrest to settle down.