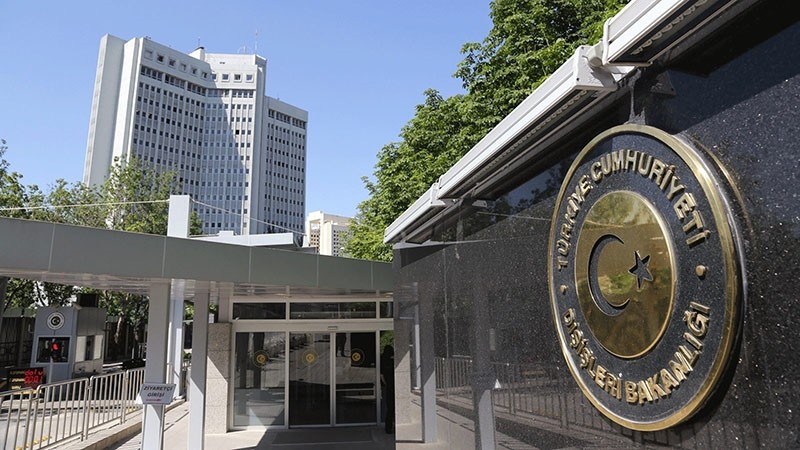 The verdict by a U.S. court concerning state-owned lender Halkbank executive Hakan Atilla is "unjust and unfortunate" as the trial was based on evidence which was "fake and open to political exploitation," Turkey's Ministry of Foreign Affairs said Thursday.

"The U.S. court, in a process in which Turkey's internal affairs were discussed based on a fictional setup and realized based on fake and so-called 'evidence' open to political abuse, has intervened in Turkey's domestic affairs in an unprecedented way," the statement said.

It added that giving the opportunity to several Gülenist Terror Group (FETÖ) members to make unrealistic claims and present fake evidence via material and logistical support by the U.S. has destroyed the seriousness and credibility of the court process.

"The correction of this decision that has turned into a legal shame is our biggest wish."

Meanwhile, Presidential Spokesperson İbrahim Kalın also criticized the decision, saying that the trial is a "legal scandal" as it is marred with Gülenist Terror Group (FETÖ) connections.

Atilla was being tried on breaching now-lifted U.S. sanctions against Iran. Turkish - Iranian gold trader Reza Zarrab has accepted all the charges against him and agreed to cooperate with U.S. prosecutors as a witness against Atilla.

Zarrab was detained last year in Miami on charges of violating sanctions against Iran, while Atilla was arrested in the U.S. earlier this year on similar sanctions violations charges.