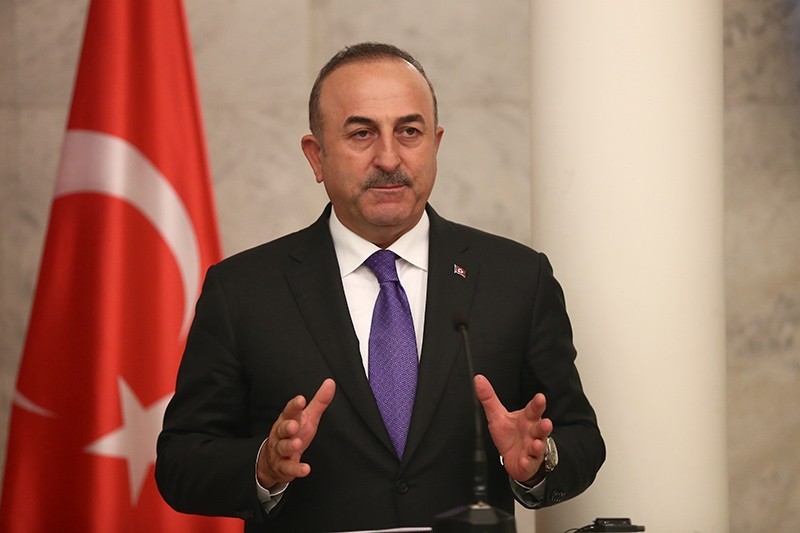 Foreign Minister Mevlüt Çavuşoğlu urged the international community not to procrastinate regarding its efforts to settle the Syrian crisis, in an article published Thursday.

In his opinion piece for U.S. magazine Newsweek, Çavuşoğlu said the brutality of the Assad regime and inaction of the international community have "given rise to the most severe terrorist threat that has affected the entire" world.

He added that terror groups, including Daesh, Nusra Front and the Democratic Union Party (PYD) and its armed-wing People's Protection Units (YPG), filled the vacuum created in Syria.

Çavuşoğlu also criticized the U.S. for its continuous support for the terrorist PKK's Syrian affiliate PYD/YPG.

According to Çavuşoğlu, Turkey sees the end of U.S.' support for PYD/YPG as "imperative."

"The U.S. must step back from this grave mistake and not allow itself to be blackmailed by the terrorist outfit," he wrote in the article.

A political settlement could be achieved through an inclusive, free, fair and transparent Syrian-led and Syrian-owned process, Çavuşoğlu said, highlighting Turkey's active role in the international sphere in this regard.

Turkey's top diplomat also said that the U.N.-sponsored Geneva talks between the regime and the opposition need to be "resuscitated," adding that the Congress of National Dialogue in Sochi, backed by Turkey, Iran and Russia, could serve as a complementary exercise.

Citing President Recep Tayyip Erdoğan, Çavuşoğlu laid out two conditions for the Sochi congress' success: a clear and strong link with the Geneva talks; and participation of genuine members of the opposition with a clear rejection of anyone affiliated with terrorist organizations, including PYD/YPG.

"If these two conditions are met, the Sochi Congress could complement the Geneva process and create a functional synergy. Certainly, this requires constructive engagement by all stakeholders. The U.S., too, should reclaim its role in efforts aimed at securing peace in Syria," he wrote.

Concluding his article, Çavuşoğlu called on the international community to find the resolve to unite its efforts to restore peace and stability in Syria.