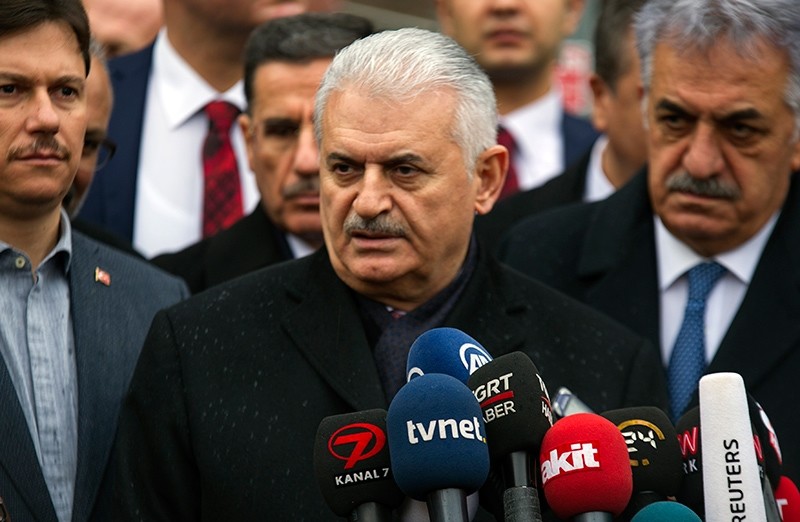 Prime Minister Binali Yıldırım condemned the Bashar Assad regime's attacks on Syria's Idlib on Friday, saying intensified attacks will only cause a new migration wave and result in tragedy.

Speaking to reporters in Ankara after the Friday prayers, Yıldırım called on Russia and Iran to warn the Assad regime over the attacks, which would only damage the peace process in Syria.

"Turkey along with Russia and Iran successfully took an initiative to ensure lasting peace in Syria. We are discussing the matter with the countries we work with and are trying to prevent dire consequences that could arise from it," the prime minister said, adding that interruption to the Syrian peace process will not be of any use.

The Assad regime launched a full-scale offensive against the opposition in northern Idlib province, violating a cease-fire agreement brokered Turkey, Russia and Iran. Following the regime's assaults, tens of thousands of people fled the province.

Syria has only just begun to emerge from a devastating conflict that began in early 2011 when the Assad regime cracked down on demonstrators with unexpected ferocity.

Turkey — an opposition backer — repeatedly called on Russia and Iran to pressure the regime to stop the offensive, summoning both countries' ambassadors.

Touching upon the topic of the latest spat between Ankara and Washington that involved mutual travel warnings, Yıldırım said the dispute will not positively affect bilateral ties.

Stressing that "terror knows to borders," he added that Ankara and Istanbul were as safe as Washington and New York.