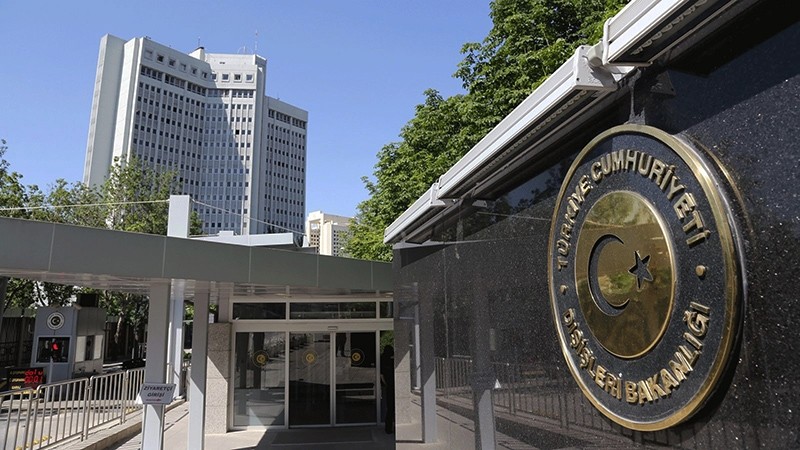 The Foreign Ministry on Friday issued a travel warning for Turkish citizens planning to travel to the U.S., citing an increase in violence and terror attacks.

The ministry also said that Turkish travelers to the country may face arbitrary detentions, including public servants traveling to the U.S. for official duty.

"An apparent increase in terror attacks and violent incidents in the U.S. has been seen recently. In addition to bombings and shootings, attacks carried out by driving vehicles into a crowd, targeting of city centers and cultural events, metro stations, public buildings, places of worship and even school campuses is also possible," the warning said.

The ministry mentioned recent attacks at the Ohio University campus, Fort Lauderdale-Hollywood Airport, Dar Al-Farooq Mosque in Minnesota, a church in Texas, and the New York City subway as "an example of terror and/or far-right/racist incidents."

On Thursday, the U.S. State Department issued its own travel advisory where countries are divided between four categories from 1 (the safest) to 4 (the least safe). Turkey was placed on Level 3 — or the "reconsider travel" — category.

Some other countries in category 3 include Venezuela, Burundi, Pakistan and Sudan.

Speaking to reporters after Friday prayers, Turkish Prime Minister Binali Yıldırım said the reciprocal travel warnings did not help the strained ties between Ankara and Washington.

"The 'Turkey is not a safe country' statement does not benefit ties between the two countries," he said.

Stressing that "terror knows to borders," he added that Ankara and Istanbul were as safe as Washington and New York.

The conviction of Turkish banker Mehmet Hakan Atilla over the violation of U.S.-imposed sanctions against Iran in what Ankara sees as a "politically motivated" case caused the latest spat between the two countries.

The U.S.' refusal to extradite Gülenist Terror Group (FETÖ) leader Fethullah Gülen, who was a mastermind behind the July 15, 2016 failed coup attempt, is one of the longest-standing disputes between Ankara and Washington.