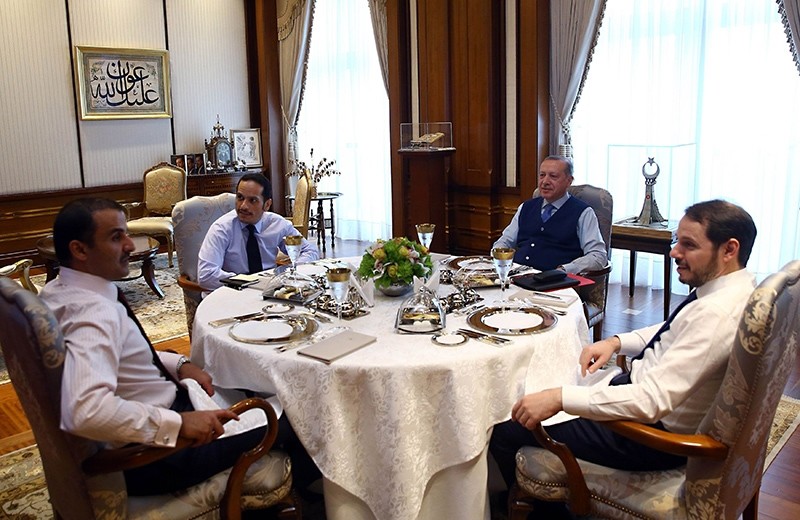 The two leaders were expected to discuss bilateral relations and regional matters, the presidency said ahead of the meeting.

Turkish-Qatari relations reached new heights after a handful of Arab states led by Saudi Arabia abruptly severed diplomatic relations with Qatar and imposed a blockade on the emirate, accusing it of supporting terrorism.

Amid the riff, Turkey has provided increased support to Qatar, boosting food and other imports to meet the country's shortages.