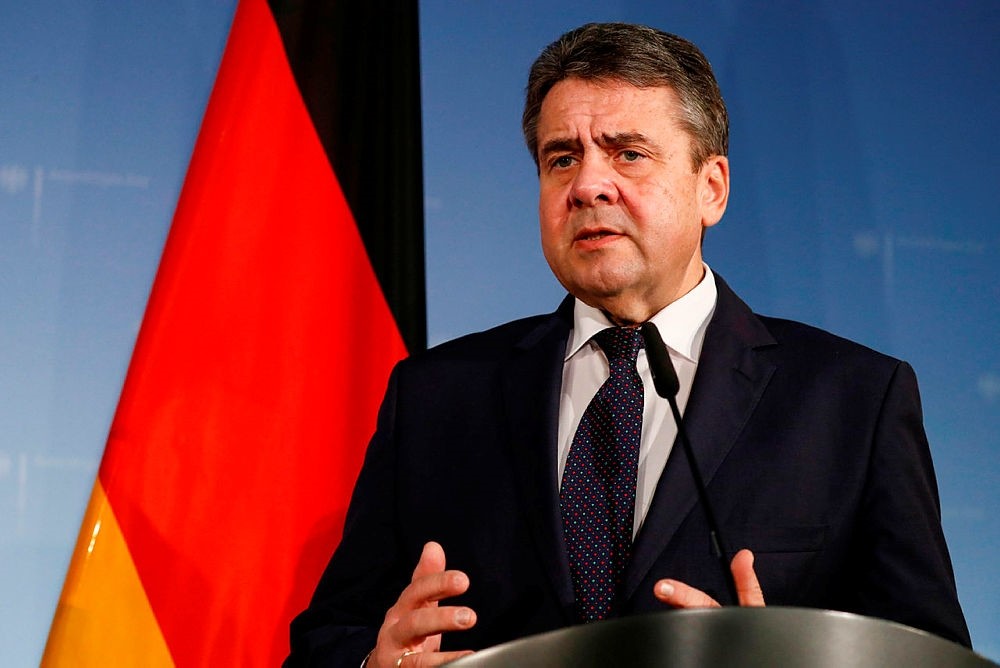 German Foreign Minister Sigmar Gabriel briefs the media after a meeting with his Polish counterpart Jacek Czaputowicz at the foreign ministry in Berlin, Jan. 17, 2018. (AP Photo)
by Anadolu Agency Jan 17, 2018 12:00 am

German Foreign Minister Sigmar Gabriel said Wednesday that Berlin intends to have "better negotiations" with Ankara in a sign of thawing of bilateral relations.

"Of course, we have the intention of having better negotiations with Turkey again. This will be for the benefit of Turkey, Germany and Europe," Gabriel told reporters during a joint news conference with his Polish counterpart Jacek Czaputowicz.

His remarks came in response to a question on whether the revival of intergovernmental negotiation may be seen as the first step towards normalization of ties between the two countries.

Senior officials from Turkey and Germany are starting a two-day high-level meeting in Berlin to discuss security and counter-terrorism issues, and measures against the terrorist PKK and FETÖ, diplomatic sources told official Anadolu Agency (AA).

Speaking about the release of some German citizens by Turkey, he said they are being followed by reciprocal visits between the two countries.

Tolu, who was arrested in April on charges of spreading terror propaganda, was lately working as a translator for a small Istanbul-based news agency, which Turkish authorities suspect had ties to an outlawed far-left organization.

Five other suspects were also released under judicial control and are forbidden to travel abroad.

"If we really are endeavoring for good relations with Turkey, both countries should respect and approach each other at the same level," Gabriel noted.

Ties between Ankara and Berlin were strained as Turkish politicians blasted their German counterparts for not taking serious measures against outlawed groups and terrorist organizations which use Germany as a platform for their fund-raising, recruitment, and propaganda activities.

German politicians, on the other hand, criticized Ankara — especially before their general elections in September — over the arrest of around a dozen German citizens, including a reporter, a translator, and a human rights activist, on suspicion of aiding and abetting terrorist groups.

The two countries took steps in recent weeks towards normalization, and intensified talks to address their political differences on a number of issues.