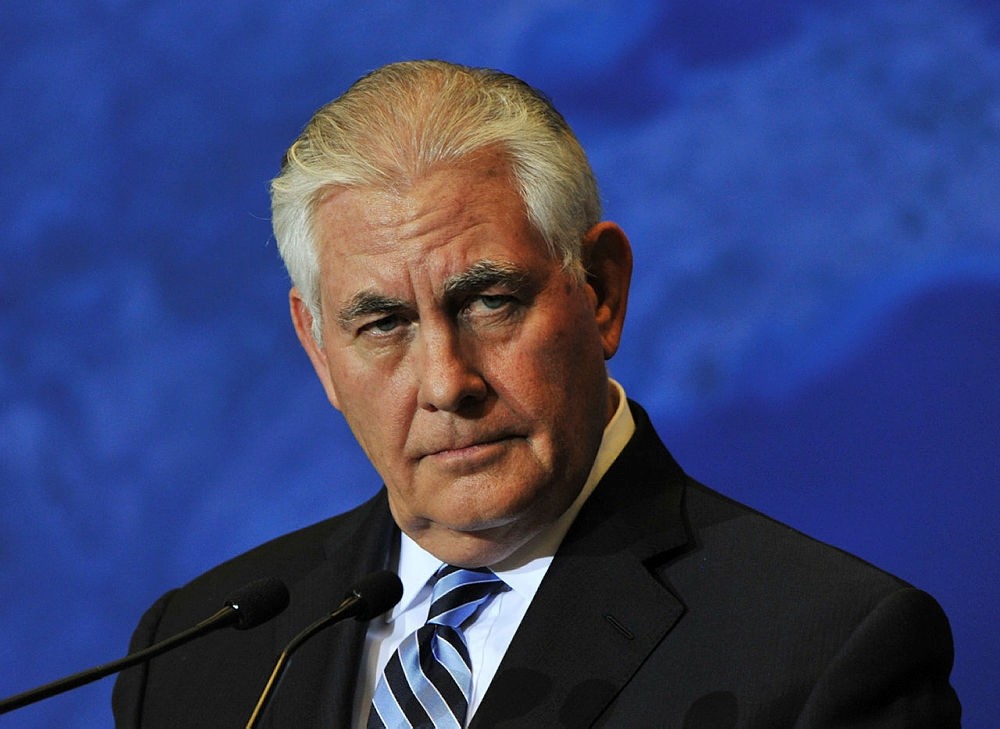 U.S. Secretary of State Rex Tillerson on Wednesday said that the United States owes Turkey an explanation and does not have any intention to build a Syria-Turkey border force, saying the issue had been "misportrayed."

Tillerson said the U.S. owes Turkey an explanation and added that he understands why Turkey reacted the way it did.

"That entire situation has been misportrayed, misdescribed. Some people misspoke. We are not creating a border security force at all," he said aboard his aircraft taking him back to Washington from Canada, where he hosted a meeting on North Korea.

"We will continue working with allies such as Turkey. We will take Turkey's concerns about PKK [terror group] into consideration," Tillerson stressed in a speech at Stanford University.

Tillerson said Washington was aware of Turkey's humanitarian efforts in Syria, adding that the U.S. will need Turkey's help to work on the currently-war-torn country's future.

His comments come in the wake of Ankara's criticism of a U.S. plan to form a 30,000-strong army led by the PKK's Syrian affiliates the Democratic Union Party (PYD) and its armed-wing People's Protection Units (YPG).

The Secretary of State also signaled an open-ended military presence in Syria as part of a broader U.S. strategy to prevent Daesh terror group's resurgence, pave the way diplomatically for the eventual departure of Bashar al-Assad and curtail Iran's influence.

Tillerson made clear the U.S. would work diplomatically toward Assad's exit from power, but called for "patience" — an acknowledgment that Assad has been bolstered by Russia and Iran and is unlikely to leave power immediately.