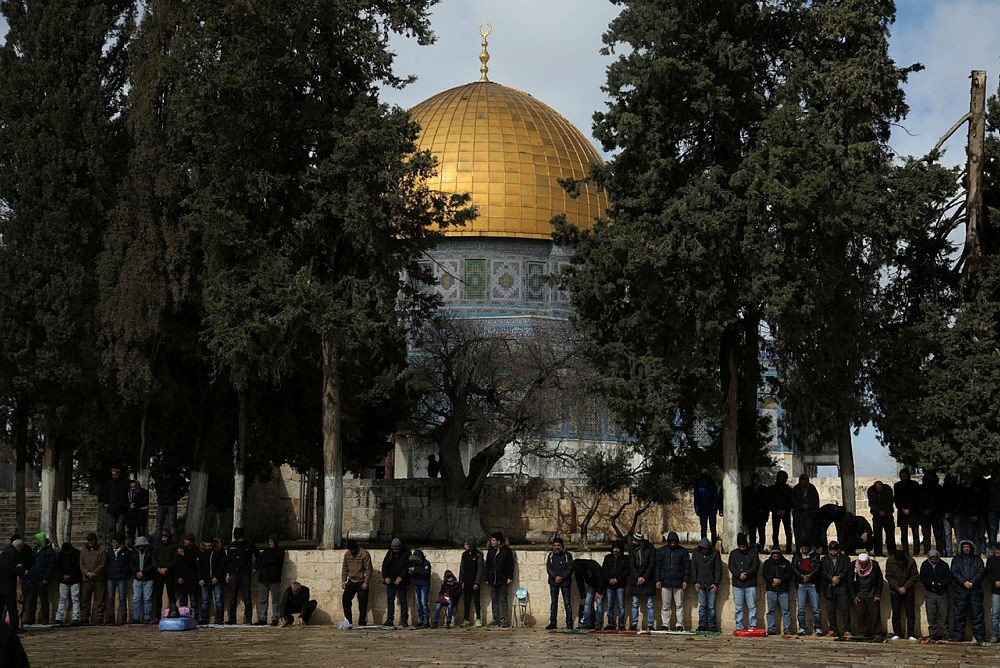 The Israeli security officials confirmed the detention but did not specify a reason behind the move.

Eyewitnesses said the detained group was taken to the Bab al-Silsila police station.

The Turkish embassy in Tel Aviv and consulate in Jerusalem are closely following the situation, AA said.

A lawyer speaking on behalf of the protesters, Emine Yıldırım said that the Turkish embassy's requests for a face-to-face meeting with Tekeli have been declined by Israeli authorities. "The only reason they give for the detainment is his so-called 'preparation for a terror attack,'" she said.

Tension has mounted in the Palestinian territories since Dec. 6, when U.S. President Donald Trump recognized Jerusalem as Israel's capital, drawing protest and condemnation from across the Arab and Muslim world.

Turkish President Recep Tayyip Erdogan and other top Turkish officials have remained at the forefront of international opposition to the U.S. move.