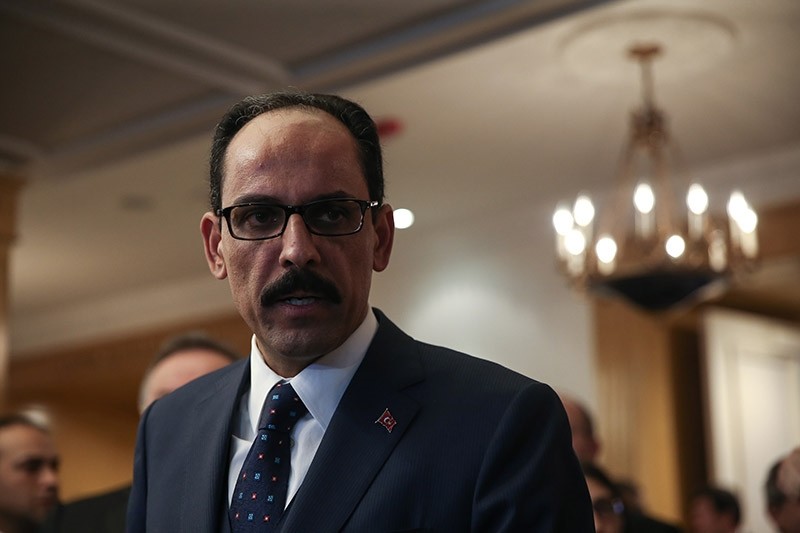 During the call, Kalın and McMaster stressed the importance of the long-standing strategic partnership between Turkey and the U.S. and the ongoing fight against various terror groups, including the PKK, Deash and al-Qaida.

The parties agreed that restoration of stability in Syria through a reliable political transition, which will not threaten Syria's neighbors, would contribute to the peace and security of the region.

Kalın and McMaster also reiterated the importance of Iraq's territorial integrity, welfare and stability for the region.

The presidential aide shared Turkey's concerns and expectations about the fight against the Gülenist Terror Group (FETÖ) in the U.S.

The conviction of Turkish banker Mehmet Hakan Atilla over the violation of U.S.-imposed sanctions against Iran in what Ankara sees as a "politically motivated" case caused the latest spat between the two countries.

The U.S.' refusal to extradite Gülenist Terror Group (FETÖ) leader Fethullah Gülen, who was a mastermind behind the July 15, 2016, failed coup attempt, is one of the longest-standing disputes between Ankara and Washington.