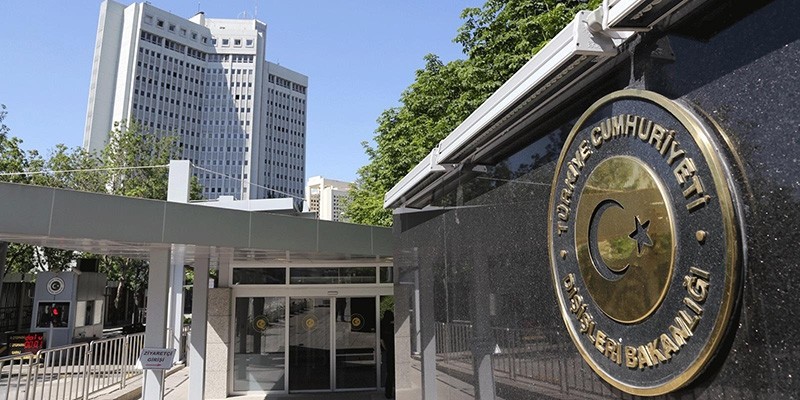 The Foreign Ministry has informed ambassadors from several countries in the region about Turkey's ongoing Operation Olive Branch against the PKK-linked People's Protection Units (YPG) in Syria's Afrin, a diplomatic source said Sunday.

The ministry reportedly invited the ambassadors of Lebanon, Jordan, Iraq, Qatar, Kuwait and Saudi Arabia, to be briefed by Turkish ambassador Sedat Önal about the operation, the source, who asked not to be named due to restrictions on talking to media, said.

On Saturday, envoys and mission chiefs of permanent members of United Nations' Security Council -- United States, Russia, United Kingdom, France, China as well as Iran -- were also invited to the ministry for a similar briefing.

The operation aims to establish security and stability along Turkey's borders and the region as well as to eliminate PKK-linked terrorist groups and Daesh and to protect Syrian people from the oppression and cruelty of terrorists.

The operation is being carried out under the framework of Turkey's rights based on international law, U.N. Security Council's decisions and self-defense right under the U.N. charter, according to the military.

The YPG is the Syrian offshoot of the PKK terrorist group, which has been designated a terrorist organization by Turkey, the U.S. and the EU.