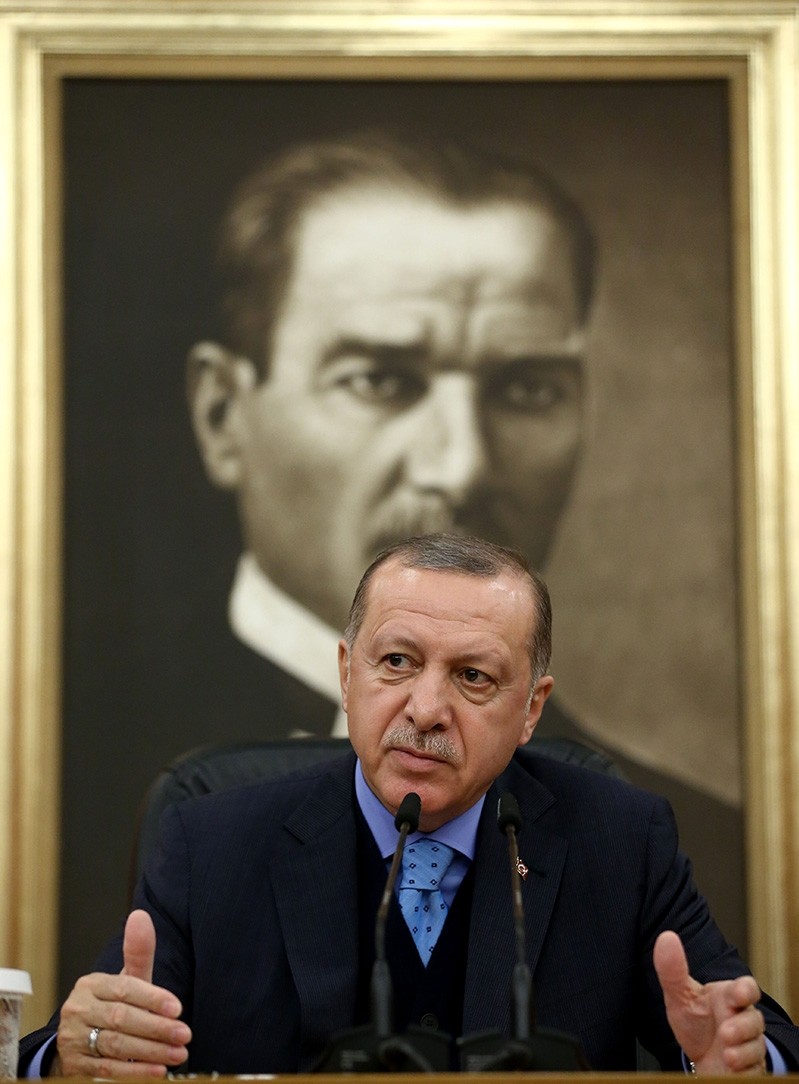 During a news conference at Istanbul's Atatürk Airport State Guest House, Erdoğan called the visit a "significant opportunity" to convey messages of peace.

"I see this visit as a significant opportunity in terms of drawing attention to common human values, friendship and peace messages," the president told reporters.

"We will discuss Palestine, Jerusalem, Syria, Iraq, the fight against terrorism, the problems of refugees, humanitarian aid and the fight against rising Islamophobia and cultural racism in the West," he said, referring to his meeting with Pope Francis.

Erdoğan added that the visit would include discussion on bilateral steps toward increased economic cooperation.

"The bilateral trade volume [between Turkey and Italy] last year neared $20 billion, but the potential of the two countries it is more than that. We aim to reach $30 billion by 2020," he said, noting that Italy is Turkey's third biggest trading partner.

Speaking early in the day in an exclusive interview with the Italian daily La Stampa, Erdoğan touched on the the Jerusalem issue, which is expected to top the Vatican meeting.

"Pope Francis conveyed the right message to the Christian world because Jerusalem is not the only issue of Muslims. We both advocate the status of Jerusalem and will have to protect it," he noted.