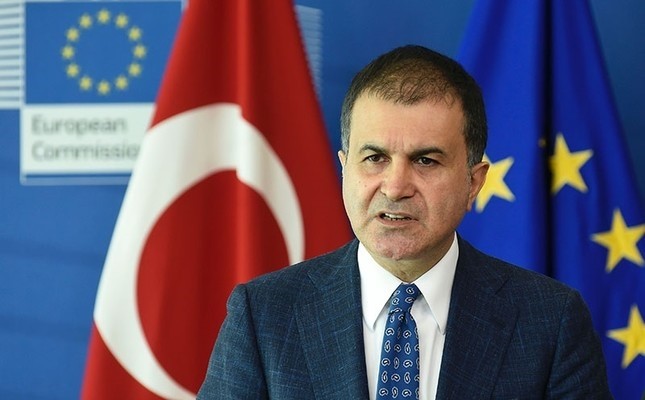 "French Foreign Minister Le Brian has made the worst possible statement about Operation Olive Branch. He says 'It is legitimate for Turkey to protect itself. But this should not mean killing civilians.' Without a doubt, this statement is a clear example of double standards," Çelik said.

"Those who fail to mention our civilians killed by PKK terror distort the facts and ignore the massacres carried out by terrorists," he added.

"We would like to hear what the ones criticizing Turkey think about the countries supplying arms to terrorist groups. Everyone should pay attention to who they side with."

"Turkey will continue its war against terror with resolve. It would be the best for our ally and friend, France, to support Turkey's fight against terror," Çelik concluded.

Turkey, with the support of the Free Syrian Army (FSA), launched Operation Olive Branch on Jan. 20 with the stated aim of clearing the Democratic Union Party (PYD) and its armed wing People's Protection Units (YPG) as well asDaesh terrorists from Syria's northwestern city of Afrin.

The YPG and PYD are the Syrian affiliates of the PKK, a designated terror group by Turkey, the U.S. and the EU.