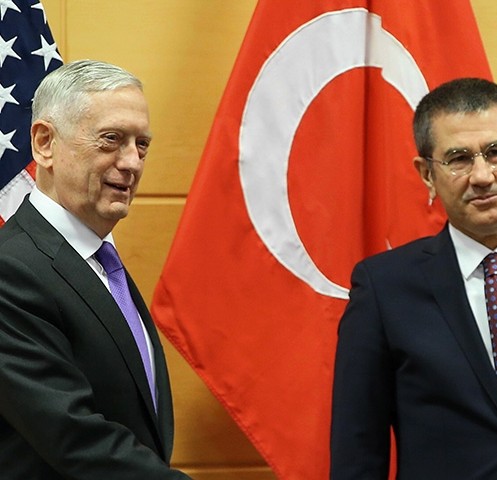 Asked about Turkish President Recep Tayyip Erdoğan's demands on Manbij, Mattis said the situation in the contested Syrian town has not changed despite the Turkish pressure. Mattis described Ankara's rhetoric on Manbij as something very concerning for the U.S. and reiterated that the U.S. recognizes Turkey's legitimate security concerns on PKK. He again called the Turkish offensive in Afrin and intended operation in Manbij as a distraction from the fight against Daesh.

The Obama administration previously had promised Ankara that once Manbij was cleared of Daesh, the PKK offshoot People's Protection Units (YPG) would leave the town.

Even though the Pentagon repeatedly said that YPG has withdrawn, independent observers and the Turkish government say YPG-affiliated commanders are still in the town. In addition, there are YPG-linked people on the Manbij Military Council, which is supposed to be non-YPG-aligned.