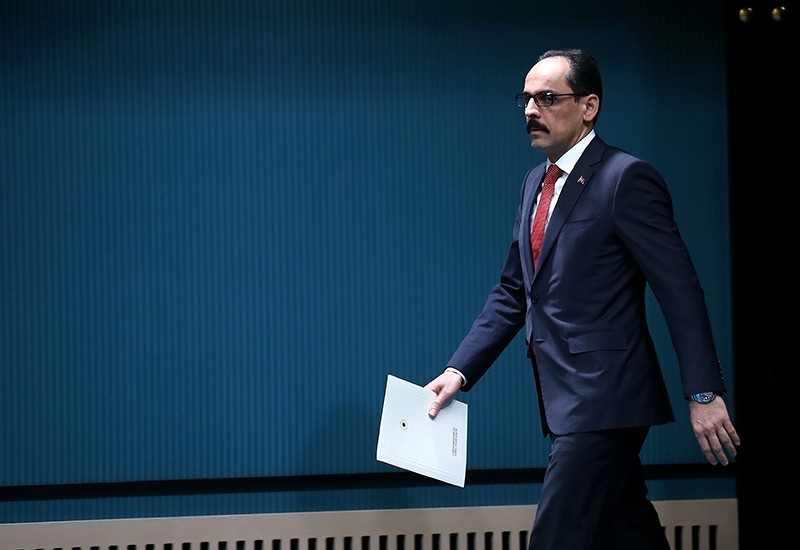 Presidential Spokesperson Ibrahim Kalın and U.S. National Security Adviser H.R. McMaster confirmed the long-term strategic partnership between their countries in a meeting in Istanbul on Sunday.

Presidency sources, who wished to remain anonymous because they weren't authorized to speak publicly, said that the priorities and sensitivities of both the U.S. and Turkey were discussed, in addition to overall relations, common strategic challenges and regional developments.

The issues negatively effecting the bilateral relations have been handled in detail and ways to develop common fight against all kinds of terrorism are being studied, the sources added.

In a statement released after the meeting, the White House said McMaster affirmed the long-term strategic partnership between the United States and Turkey and the two officials discussed the priorities and concerns of both countries.

"They also exchanged views on American-Turkish relations as longstanding allies, their common strategic challenges, and regional developments. While discussing these issues, they addressed issues affecting bilateral relations in detail and explored ways to expand the joint fight against all forms of terrorism," the statement read.

U.S. Secretary of State Rex Tillerson is also expected to arrive in Turkey next week. The visits by top U.S. officials come amid Turkey's Operation Olive Branch that has been targeting the PKK terrorist group's affiliates in Syria, the Democratic Union Party (PYD) and the People's Protection Units (YPG), as well as Daesh in northwestern Syria's Afrin region.

The operation and the U.S.'s presence in Syria's Manbij – where Turkey has vowed to head next after Afrin– are expected to be discussed during the meetings.

On Wednesday, Kalın said, "The public questions whether the U.S. has plans to stay in the region in the long term due to ongoing U.S. support for the PYD, even though President [Donald] Trump personally promised President [Recep Tayyip] Erdoğan during phone calls that the support would end."

The U.S.'s Syria policy, especially its military support for the Syrian Democratic Forces (SDF), which is dominated by YPG terrorists, has been a cause of tension between the two NATO allies.

Washington relies on the YPG to fight against Daesh on the ground, while Ankara argues that one terrorist group cannot be used to fight another.