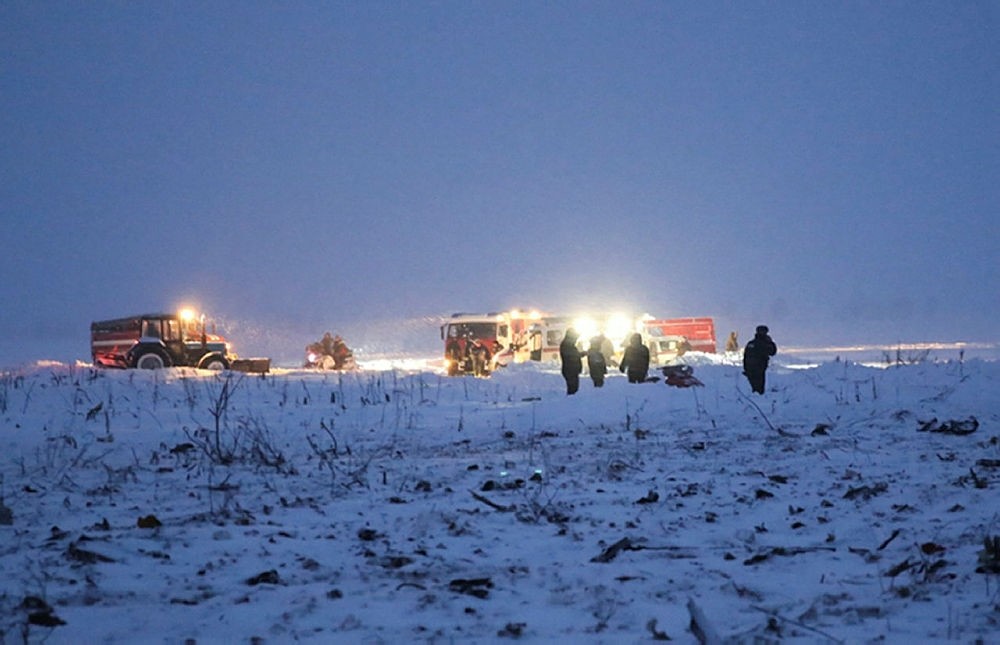 Turkish President Recep Tayyip Erdoğan on Sunday called his Russian counterpart Vladimir Putin on the phone to express condolences for the devastating plane crash that killed all 71 people onboard near the capital Moscow earlier Sunday.

Earlier in the day, the countries' foreign ministers Mevlüt Çavuşoğlu and Sergey Lavrov spoke on the phone to offer condolences on behalf of Turkey to Russia, diplomatic sources said.

A Russian Antonov-148 aircraft carrying 65 passengers and 6 crew members crashed Sunday in the Moscow region minutes after taking off from Domodedovo Airport, killing everyone on board.

Russian President Vladimir Putin on Sunday opened a probe into the cause of the accident.