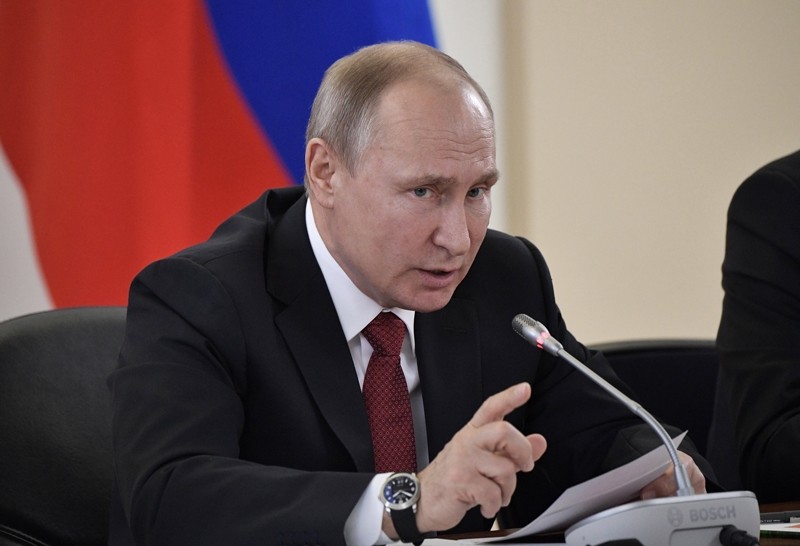 Russian President Vladimir Putin and Saudi King Salman bin Abdulaziz al-Saud discussed the Syrian conflict and the Persian Gulf crisis over the phone on Wednesday, according to the Kremlin's press office.

"While discussing the situation in the Persian Gulf, the leaders dwelled on Qatar's relations with the other Gulf countries. The Russian side underlined that the current situation does not contribute to the consolidation of mutual efforts in the fight against terrorism and to stabilize the Middle East," said a statement on the Kremlin's website.

The Gulf crisis was triggered last June when Saudi Arabia, Egypt, the U.A.E. and Bahrain cut diplomatic and trade ties with Qatar.

Exchanging opinions on the situation in Syria, the leaders examined the results of last month's Syrian National Dialogue Congress in Sochi, added the statement.

Putin and Salman also agreed to develop cooperation in the defense industry and the global hydrocarbon markets.

In October 2017, Salman paid the first-ever Saudi monarch's state visit to Moscow. This visit gave significant momentum to bilateral economic cooperation, while differences remain on a number of political issues between the countries.