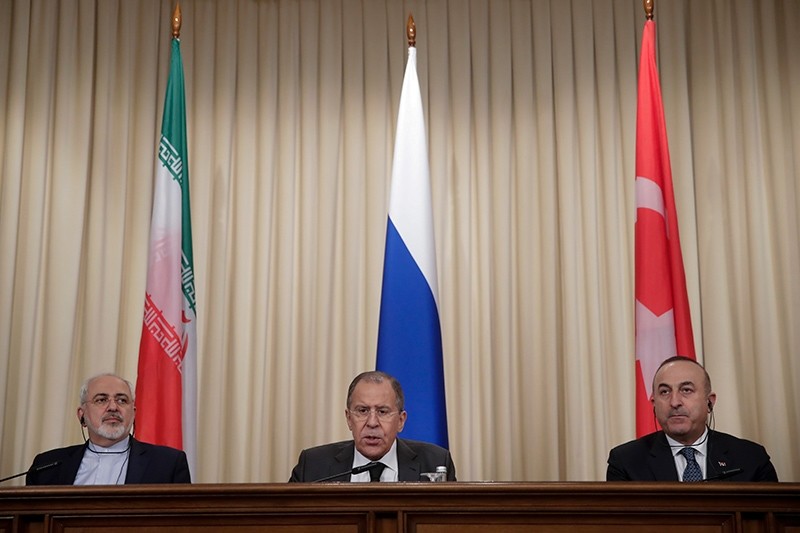 "In two weeks in Astana, the three guarantor countries will meet at the foreign ministers level in order to reduce the level of tension in Syria and pave the way for holding a [leaders'] summit in Istanbul," Zarif said.

Syrian opposition backer Turkey and the Assad regime's main allies Iran and Russia have launched the Syrian peace process in Astana, which aims to complement the U.N.-brokered talks in Geneva, to bring an end to the almost seven-year conflict in the country.

The three countries held a series of summits in Russia's Black Sea city of Sochi, aiming to bring together the conflicting parties in Syria.

Turkey, Russian and Iran also agreed to establish so-called de-escalation zones across Syria, hoping to limit the violence in the country.