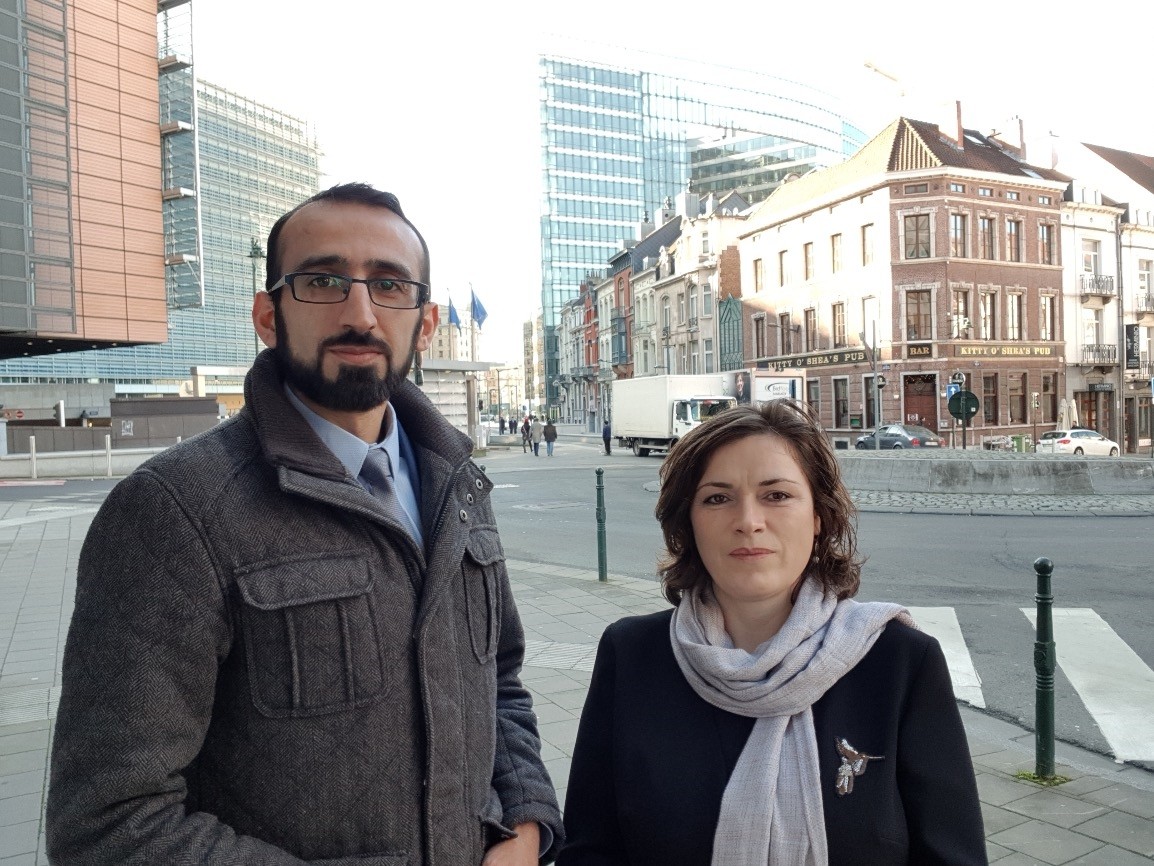 Belgium with its more than 300,000 citizens of Turkish descent has a new political party, Be.One, which mostly encompasses the country's minorities.

Meryem Kaçar, a former Green Party Senator and one of the founders of Be.One spoke to Daily Sabah last week.

"Confronting a political identity crisis, Europe is today targeting Turks and Muslims as in the past," Kaçar said, adding that rising xenophobic and anti-Islam sentiments in Belgium affects almost all parties.

She said that different Belgian political politics have so far presented candidates of Turkish descent by employing a divide and rule policy and Be.One wants to end this "hypocritical sense of politics."

"Rules that particularly discriminate against Muslims, such as bans on the headscarf and animal sacrifice during Eid al-Adha, must not exist in a democratic country. Fundamental rights in the constitution must encompass everyone," Kaçar said. She argued that Belgium and other European countries displayed an unjust approach towards the coup attempt and terrorism issues in Turkey.

"We oppose a foreign policy that sides with terror elements like the PKK and Gülenist Terror Group (FETÖ) in Turkey."

Kaçar added that Turks in Belgium, who have been living in the country for more than 55 years, used to be regarded as an exemplary minority group, whereas Arabs were excluded and that the situation is quite the opposite today.

"Turks have become foes, whereas Arabs have become friends. Everyone is aware of this dirty policy. Many Belgians are also disturbed by the current political atmosphere. So, we thought that forming a new party would contribute to changing this political mindset," she said.

Claiming that a change in political mindset will also lead to changes in society and media's perspectives, Kaçar said: "Minorities have already overcome the integration problem. The main issue is 'to be accepted.'"

"Therefore, we have taken a positive step. With a group consisting of members of Turkish, Arab, North African, Congolese, South African and Belgian descents, we have established a party that views current issues through the lens of equality and creates solutions for the future," Kaçar said. She also pointed out that in the upcoming Belgian provincial, municipal and district elections on Oct. 14, non-Belgian EU nationals who live in Belgium will have the right to vote and added that the political parties will give all kinds of support to register people on the electoral roll."We want to see ourselves in all municipalities and the parliament within a decade. This common initiative of minority groups and Belgians, which is a first, has attracted considerable attention from the public and the media," she said.

The "Be" in the name of the party stands for Belgium while the English "One" stands for unity. Party coordinators Kaçar and Dyab Abou Jajah, a writer and activist of Lebanese descent, are preparing for the party's upcoming congress.