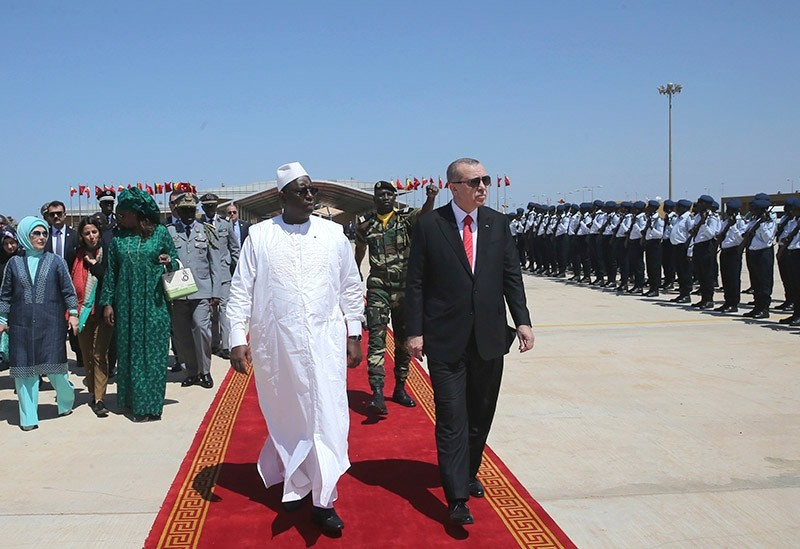 "We want to walk with Africa while a new world order is being established," Erdoğan said on his Twitter account at the end of his five-day tour of four African countries.

Erdoğan said he had held "productive" talks and made contacts in Algeria, Mauritania, Senegal and Mali.

He said Turkey sees Algeria as the "political and economic stability island" of the region.

"God willing, we will increase our friendship in every area and we will come to a better point especially in terms of investments," Erdoğan said.

He added that Ankara plans to realize joint projects with Mauritania in the areas of health, agriculture, media and humanitarian aid.

"As our private sector increases investments in Mauritania, we intend to develop our relations based on the win-win principle," Erdoğan said.

Erdoğan also said enhancing Ankara's good relations in politics and economy with Senegal was one of Turkey's priorities.

He also said that it is important for Turkey to balance trade volume with Africa, as well as increase it.

"We are ready to do our part for political and economic stability of Mali, where I paid the first visit at a presidential level. Besides this, we will strengthen our brotherhood while reinforcing cultural and trade relations."

Erdoğan said he was warmly welcomed during his visit to Africa, adding: "We love Africa and our African brothers without any bias."