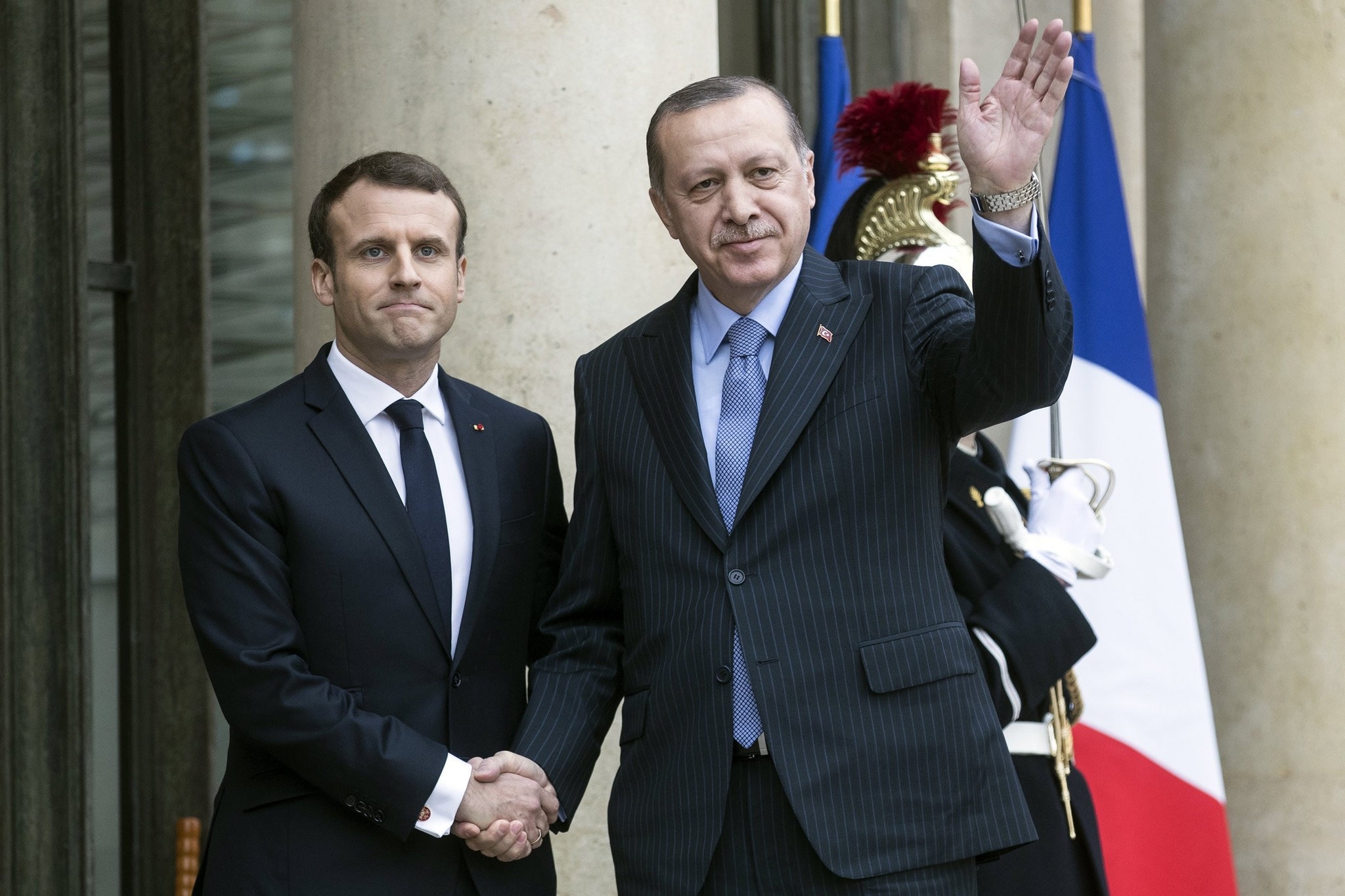 President Recep Tayyip Erdoğan and his French counterpart Emmanuel Macron discussed Syria over the phone Tuesday, according to a Turkish presidential source.

According to the presidential sources, the humanitarian crisis in Syria's eastern Ghouta and the Sochi talks' contribution to the Geneva peace process were also discussed between the two leaders.

The Turkish president condemned the terror attack on the French embassy and a French cultural center in Burkina Faso's capital this week.

Eastern Ghouta, a Damascus suburb, has been under siege for the last five years and humanitarian access to the area, which is home to some 400,000 people, has been completely cut off.

In the past eight months, forces of the Assad regime have intensified their siege of eastern Ghouta, making it nearly impossible for food or medicine to get into the district and leaving thousands of patients in need of treatment.