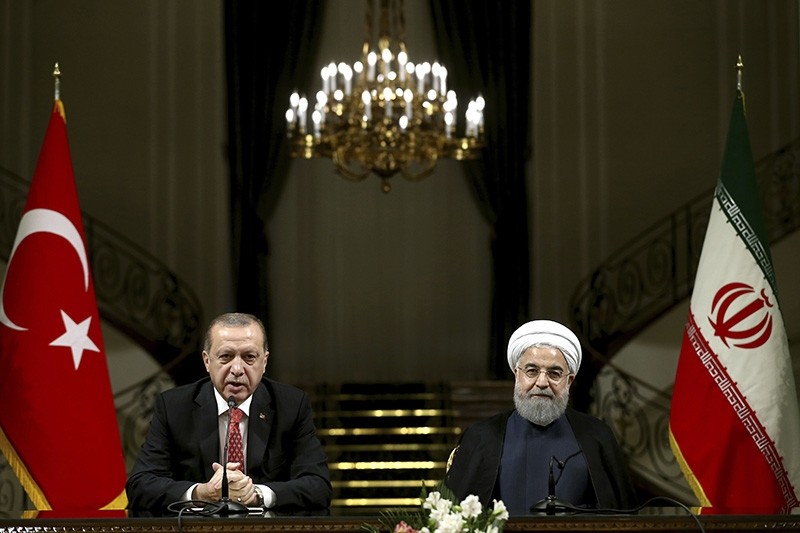 President Recep Tayyip Erdoğan and his Iranian counterpart Hassan Rouhani discussed the ongoing Syrian crisis and efforts to implement a ceasefire in eastern Ghouta during a phone call on Wednesday.

The two leaders underlined that especially a joint effort by Turkey, Iran and Russia was needed for the implementation of a ceasefire in Syria, presidential sources said.

Erdoğan and Rouhani also talked about the immediate need of humanitarian aid in Syria's eastern Ghouta region, calling for a swift solution of the crisis.

The two leaders also discussed the upcoming tripartite meeting in Istanbul, which is planned to be held between Turkey, Iran and Russia on April 4.

Turkey, Russia and Iran are the guarantor countries that brokered a ceasefire in Syria in December 2016, leading to the Astana talks, which are being held parallel to the Geneva talks for peace in Syria.

The three countries agreed last year in the Kazakh capital to establish de-escalation zones in the northern province of Idlib and parts of neighboring Latakia, Hama and Aleppo.