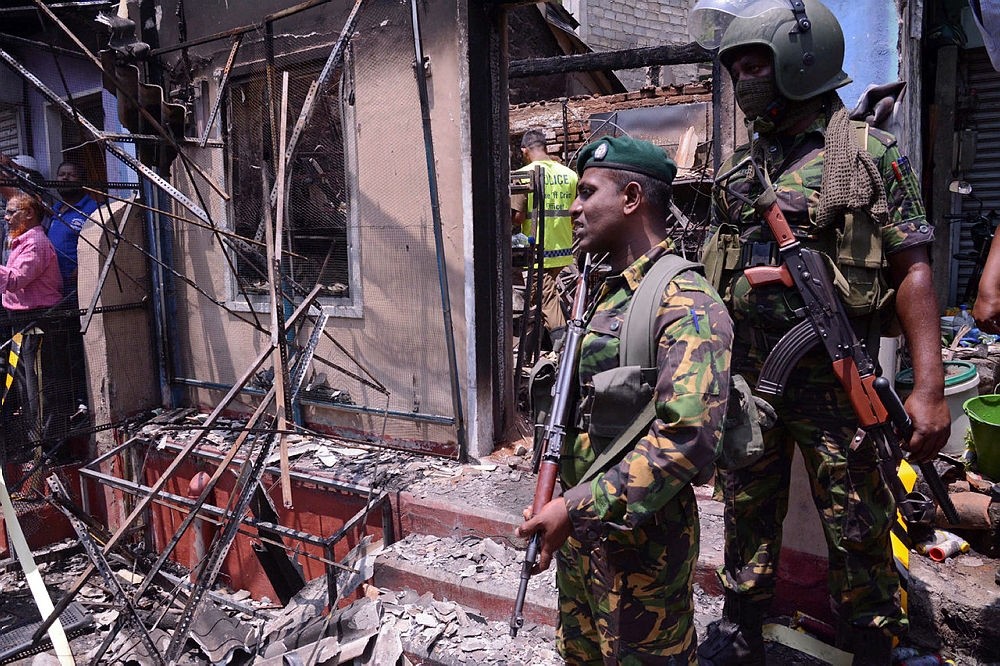 Turkey voiced concern Tuesday over the recent violent acts targeting Muslim populations in Sri Lanka as the anti-Muslim rioting flared anew in the hills of the country's central district despite a state of emergency.

The Turkish foreign ministry said in a statement that "the Sri Lankan government will take the necessary steps to ensure that different religious and ethnic communities continue to live together in peace across the country."

The ministry also offered condolences to the families of the victims killed during the riots.

On Tuesday, Sri Lankan President Maithripala Sirisena imposed a state of emergency across the country in a bid to quell communal clashes between the majority Sinhalese Buddhists and minority Muslims in the central district.

Sirisena said stern action would be taken against elements fueling communalism in the island.

Several reports indicate that clashes between the two communities have caused widespread destruction to Muslim-owned properties in the Theldeniya area of Kandy district.

Police spokesman Ruwan Gunasekera told Anadolu Agency a personal dispute was the initial trigger of the violence; police curfew was later declared to bring the situation under control.

The dispute had resulted in the assault of a Sinhalese man, who died of his injuries a few days later.

But the violence took a new path, according to eyewitnesses, after a Muslim youth Abdul Basith was killed by a mob on Monday, following which a police curfew was declared and all government schools were shut down.

On Tuesday, an angry mob began attacking Muslim households, businesses, and mosques, as violence erupted in the area prompting police to fire tear gas and rubber pellets to control the mob, which also included monks, said police officials, who asked not to be named due to restrictions on talking to the media.

The mob, gathered in front of the police station, demanded the release of several persons arrested in connection with leading violent attacks in the area.

Meanwhile, the Colombo-based think tank, Centre for Policy Alternatives, in a statement claimed that videos inciting communal hatred were going viral, with contents including false information.