Turkey expects concrete actions from US on Syria 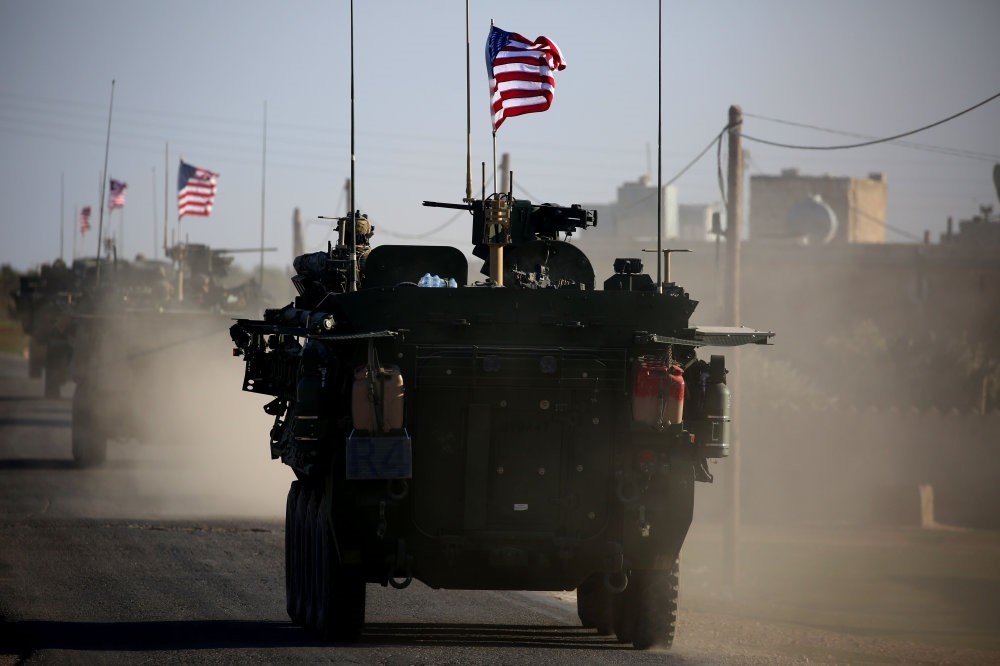 The first meeting of the technical committee established between Turkey and the U.S. is taking place today in Washington with the main expected to be Ankara's demand of clearing PKK-affiliated groups from Manbij in northern Syria

Turkey expects nothing less than concrete steps from the U.S. on ending the PKK-affiliated People's Protection Units (YPG) presence in the northern Syrian town of Manbij in the first meeting of a technical committee formed by the two countries to solve disputes, which is taking place today in Washington. During U.S. Secretary of State Rex Tillerson's visit to Turkey on Feb. 15-16, three working groups were established between Ankara and Washington to contribute to normalizing bilateral relations and overcome issues related to Syria, the Gülenist Terror Group (FETÖ) and Iraq.

Today's meeting on Syria is expected to be dominated by Ankara's demand of clearing the YPG from Manbij, which lies to the west of the Euphrates River in northern Syria. Iraq is also expected to be discussed in the meeting, particularly the PKK's presence in northern Iraq. Foreign Ministry Deputy Undersecretary Sedat Önal is leading the Turkish delegation on Syria.

The U.S. had promised Ankara that the YPG would withdraw to west of the Euphrates during former President Barack Obama's time in office, but the promise has not yet to come to realization, stirring disagreements between Ankara and Washington. In addition, the U.S. under President Donald Trump has continued to support the group militarily. Ankara considers the YPG to be a terrorist organization, but that U.S. does not and it has been supplying the group with truckloads of weapons and military equipment. Washington sees the YPG as part of the Syrian Democratic Forces (SDF) to be its most effective partner in the fight against Daesh.

Last month, Foreign Minister Mevlüt Çavuşoğlu warned that relations with the U.S. are close to a full collapse and Ankara expects tangible moves from the U.S. regarding its partnership with the YPG.

Ankara insists that the Manbij city council should be run by groups in line with a ratio of representation by paying regard to past census results from Manbij before demographic changes in the area imposed by the YPG. Manbij used to be considered a predominantly Arab town.

Speaking to Daily Sabah in late February on condition of anonymity, high-level diplomatic sources said that Ankara will insist on the withdrawal of the YPG from the town, adding that Turkish authorities will urge the United States to agree to apply previous census results in Manbij to decide on who will run the town after the YPG leaves the area.

Washington's efforts to normalize ties with Ankara in northern Syria have increased since Turkey began Operation Olive Branch with the Free Syrian Army (FSA), which was launched on Jan. 20 to clear the YPG from Afrin. However, the U.S. has also often criticized the operation with that allegation that it distracts from the fight against Daesh in southeastern Syria.

U.S. Col. Rob Manning, a Pentagon spokesman, said on Monday that there was an "operational pause" in ground operations against Daesh, adding that its SDF partner in the field has shifted focus from fighting against Daesh to fighting against Turkey's forces in Operation Olive Branch in Afrin.

Also on Monday, Maj. Adrian Rankine-Galloway, another Pentagon spokesman, said some SDF fighters have left the fight against Daesh in eastern Syria. An SDF spokesman was quoted by Reuters on Monday as saying that the group has been sending members to Afrin. "We have taken out 1,700 fighters," Abu Omar al-Edilbi said in Raqqa. He added that 700 SDF members have already been sent to Afrin.

Manning previously said that the Pentagon will continue to support General Mazlum and other military councils in areas captured from Daesh terrorists as long as they fight against Daesh.

Şahin is on Turkey's most wanted list and is sought by Turkish authorities with a TL 4 million ($1.5 million) bounty.