Turkey urges Germany not to tolerate PKK attacks on mosques 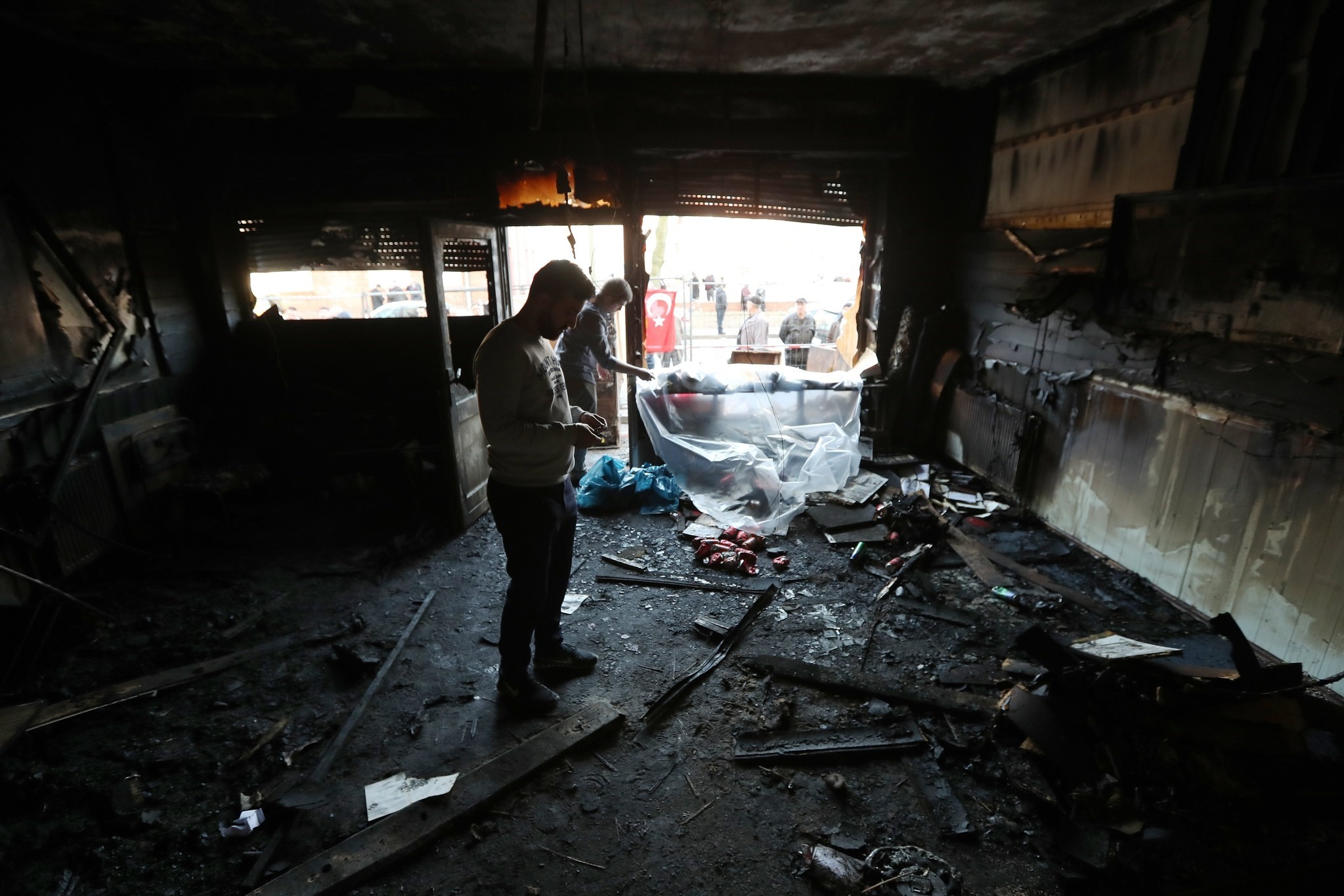 Turkey urged German authorities Monday to take measures against attacks on Turkish mosques after the PKK supporters attacked two mosques in Berlin and Lauffen am Neckar.

A statement released by the foreign ministry said that the PKK's declarations to continue such attacks have "once more shown the true colors of this terrorist organization" and called on German authorities "not to tolerate the PKK."

Voicing concern over the increase in Islamophobic and racist attacks, as well as PKK-related assaults, the ministry called on security officials to bring the perpetrators to justice and take necessary measures to prevent new attacks.

"The violent nature of the attacks are becoming more serious. We have not seen any reaction from the German government and authorities," Burhan Kesici, the head of the Islamic Council, said.

Fatih Eroğlu, the Berlin directorate of the Turkish-Islamic Union for Religious Affairs (DİTİB), said that around 1,000 attacks were carried out against mosques in 2017, pushing the threat level against the Muslim society to the highest level.

Kocasinan Mosque in the German capital city of Berlin was set ablaze Saturday, just a day after Akşemsettin Mosque in Lauffen in Baden-Württemberg was the target of a Molotov cocktail attack.

The first attack has already been claimed by the PKK, while the perpetrators of the second attack remain anonymous. In circles close to the PKK, signs indicated that the Turkish community would be targeted by attacks.

Germany has witnessed a growing number of radical protests and violence by PKK and Democratic Union Party (PYD) supporters in recent weeks, as the group launched a campaign against Turkey's counter-terrorism operation in northwestern Syria. More than a dozen mosques and associations of the Turkish community have been vandalized by sympathizers of the group.