No deal reached yet on Manbij with Turkey: US State Department 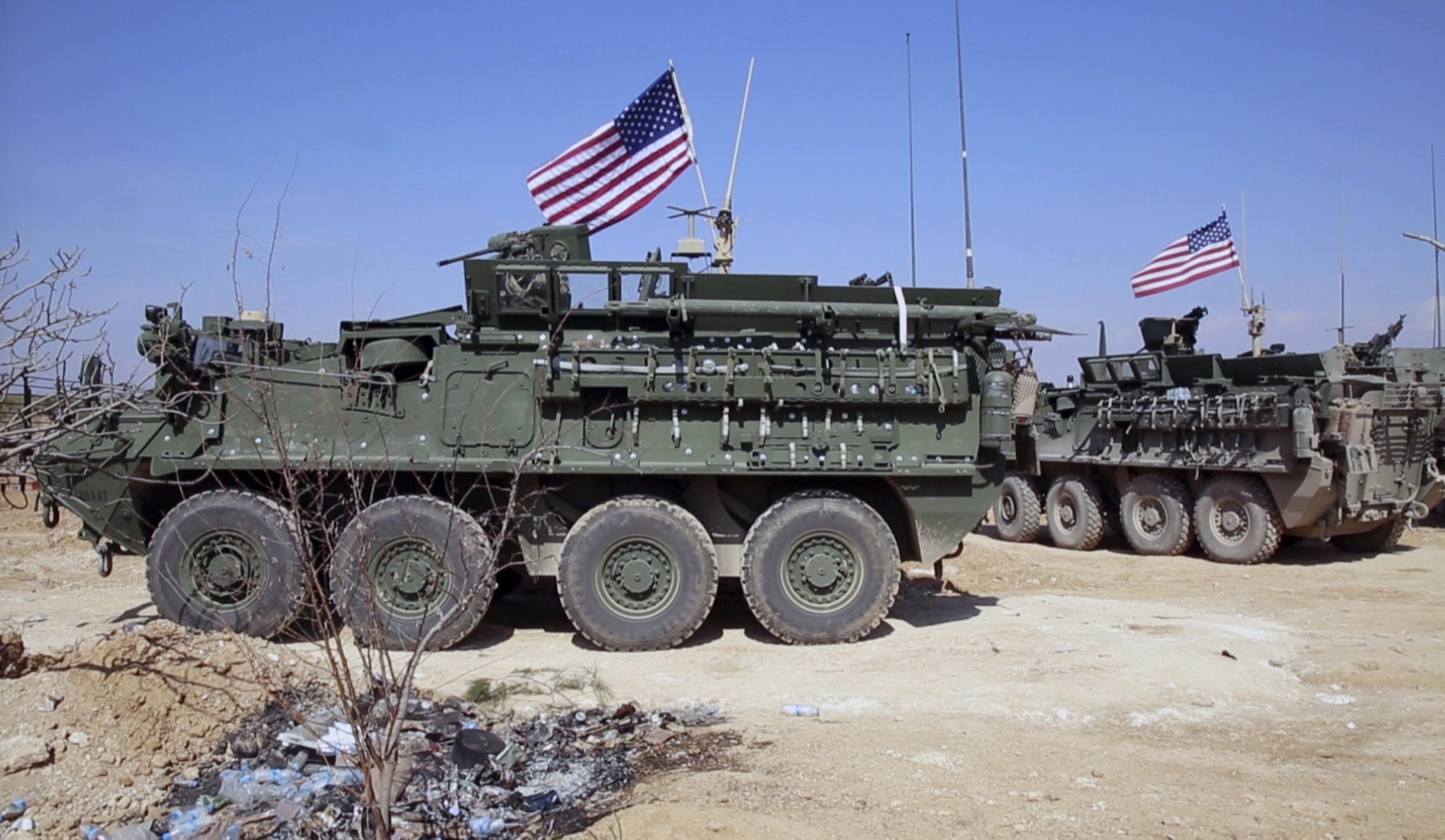 U.S. forces take up positions on the outskirts of the Syrian town, Manbij, a flashpoint between Turkish troops and YPG terrorists in al-Asaliyah village, Aleppo province, Syria. (Arab 24 network, via AP)
by Daily Sabah Mar 15, 2018 12:00 am

No agreement has been reached yet between the U.S. and Turkey on Manbij, a spokesperson for the U.S. State Department said Thursday.

Spokeswoman Heather Nauert said Thursday that the talks about the issue are still continuing.

A senior U.S. said that Turkish and U.S. officials are still planning to hold a senior-level meeting about Syria on March 21 after a ministerial-level meeting was canceled.

Foreign Minister Mevlüt Çavuşoğlu was expected to hold a meeting with his U.S. counterpart Rex Tillerson on March 19 regarding the situation in Syria's Manbij, which is currently held by the PKK's Syrian offshoot People's Protection Units (YPG). However, the surprise firing of Tillerson forced both sides to postpone the meeting, the officials said.

President Tayyip Erdoğan's spokesman Ibrahim Kalın said Thursday that Tillerson's departure was likely to cause a delay in the Manbij plan, but said Ankara still expects Washington to keep its "promises."

"Tillerson is not in a position to carry out meetings now and Pompeo is not informed on the issues, so it will cost us one to two weeks, but we will continue working on this," Kalın told state broadcaster TRT in an interview.

"As part of the talks held with the United States, we want to see the YPG removed from Manbij as a first step," he said.

The Syrian city of Manbij has been one of the most hotly debated points of discussion between Turkey and the U.S., as the former considers the YPG to be the offshoot of the PKK, a terrorist organization which is also recognized as such by the U.S.

Turkish officials have consistently said that Operation Olive Branch, which is currently taking place in Syria's Afrin, will continue into Manbij and have criticized the U.S. for not keeping its promises, in terms of the pledge given by the U.S. that local councils would run the cities after they were liberated. However, the YPG took control in northern Syria.