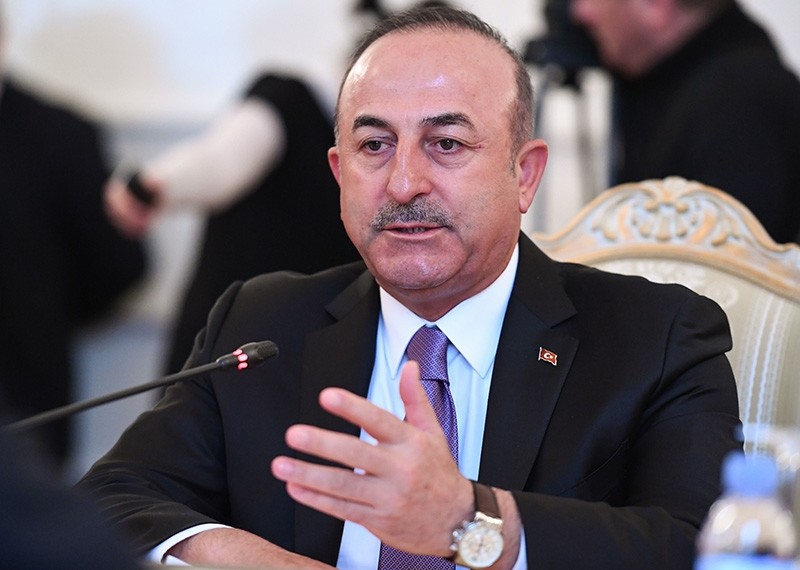 Foreign Minister Mevlu00fct u00c7avuu015fou011flu meets with his Russian counterpart during a meeting in Moscow (AFP Photo)
by Daily Sabah with Agencies Mar 15, 2018 12:00 am

Foreign Minister Mevlüt Çavuşoğlu's March 19 trip to Washington and the planned meeting on Manbij have been postponed, Foreign Ministry Spokesperson said Thursday, a few days after U.S. President Donald Trump ousted Secretary of State Rex Tillerson and replaced him with the director of the Central Intelligence Agency (CIA) Mike Pompeo.

Çavuşoğlu was expected to hold a meeting with his U.S. counterpart Rex Tillerson regarding the situation in Syria's Manbij, which is currently held by the PKK's Syrian offshoot People's Protection Units (YPG).

The meeting was supposed to focus on a roadmap for the Syrian city, including the withdrawal of the YPG, and the return of weapons handed to the terrorists by the U.S. However, Trump's unexpected move suddenly changed plans.

The Syrian city of Manbij has been one of the most hotly debated topics of discussion between Turkey and the U.S. as the former considers the YPG to be the offshoot of the PKK terrorist organization, which is also recognized as such by the U.S.

Turkish officials have consistently said that Operation Olive Branch, which is currently taking place in Syria's Afrin, will continue into Manbij and have criticized the U.S. for not keeping its promises, in terms of the pledge given by the U.S. that local councils would run the cities after they were liberated, but the YPG took control in northern Syria.