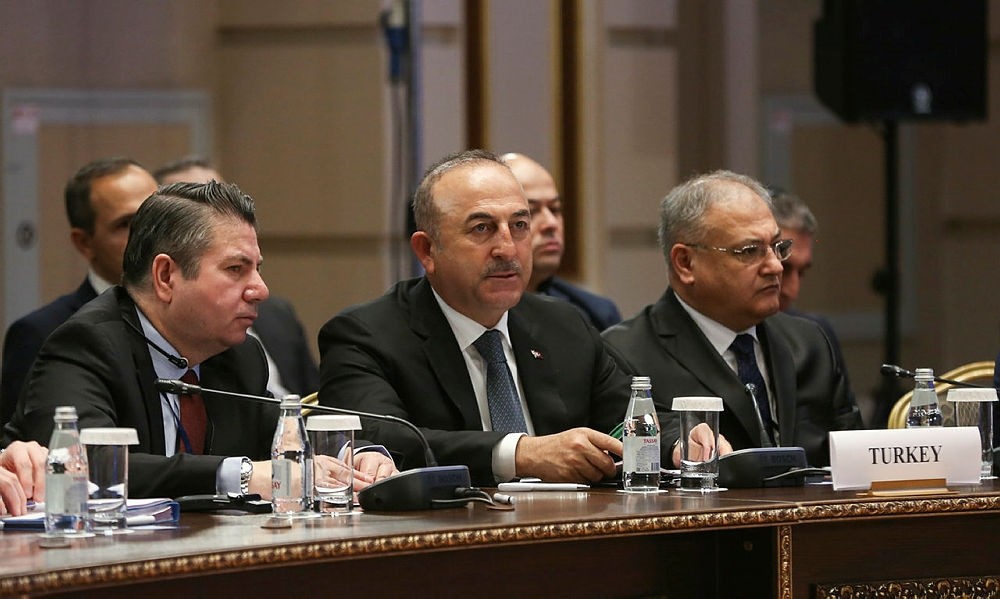 The situation in Syria's eastern Ghouta is heading towards disaster and clashes must end, Turkish Foreign Minister Mevlüt Çavuşoğlu said on Friday, calling for a ceasefire in the region.

Çavuşoğlu was speaking at a joint news conference with his Russian and Iranian counterparts in the Kazakh capital, Astana, where the three had gathered to discuss the situation in Syria.

"I talked with my two counterparts to make the situation better in eastern Ghouta, which was caused by the [Bashar Assad] regime. We underlined the need to differ terrorists from civilians," he said in a joint news conference after the meeting.

The foreign minister underlined that there was a need to have different strategies for neutralizing terrorists especially in places where civilians live densely.

"We are also against all terrorists going to Idlib [in northwestern Syria]. There, they constitute a threat to the people, the opposition and all of us," he stressed.

Çavuşoğlu said they are not only sensitive to civilians in eastern Ghouta, but also in al-Foua, Kefraya, east of the Euphrates river.

The foreign ministers of three guarantor countries of de-escalation zones in Syria attended the summit Friday in Astana, Kazakhstan to evaluate the year-long cooperation and discuss the future steps to be taken for the Syrian crisis.

Turkey, Iran and Russia launched a Syrian peace process in Astana, which aims to complement the U.N.-brokered talks in Geneva, to bring an end to the seven-year conflict in the country. The three countries held a series of summits in Russia's Black Sea city of Sochi, to bring together the conflicting parties in Syria.

Last year, Turkey, Iran and Russia agreed in Astana to establish de-escalation zones in the northern province of Idlib and parts of neighboring Latakia, Hama and Aleppo. Under the Astana agreement, Turkey is to gradually establish 12 observation points from Idlib's north to south to monitor and sustain the current cease-fire agreement for the de-escalation zones, deliver humanitarian aid and ensure the secure return of displaced people.