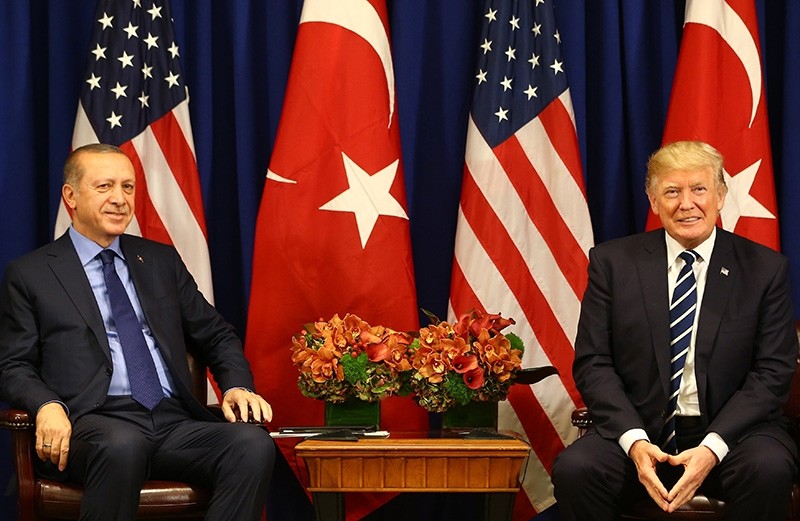 The phone conversation marks the third time the two presidents speak since November 2017 and it has been two months since their last call.

"President Donald J. Trump spoke today with President Recep Tayyip Erdoğan of Turkey to reaffirm the importance of strong relations between the United States and Turkey, as NATO Allies and strategic partners, and to exchange views on regional developments," a statement released by the White House said.

The statement added that the two leaders expressed commitment to continue efforts to intensify cooperation on shared strategic challenges and to address the concerns of both countries that affect the bilateral relations.

Speaking in an interview with the official Anadolu Agency, Foreign Minister Mevlüt Çavuşoğlu previously said Thursday that the two leaders would hold a phone call later in the day.

Çavuşoğlu also said that, if the U.S. and Turkey cannot agree on a path forward in Manbij, Turkey would move to clear PKK-backed People's Protection Units (YPG) from the northern Syrian city.

"If this plan is not realized, the only option left will be clearing away terrorists. This is not just valid for Syria, but also for Iraq," he said.

Çavuşoğlu was due to meet former Secretary of State Rex Tillerson on March 19 to discuss a roadmap for Syria's Manbij, including the withdrawal of YPG and the return of weapons handed to the terrorists by the U.S. Despite the delay caused by Trump's sacking of Tillerson, Turkish officials said they expect the U.S. to act in accordance with the common understanding reached by both sides.

On March 20, Turkey launched Operation Olive Branch to clear YPG/PKK and Daesh terrorists from northern Syria, capturing the town of Afrin on March 18.