Turkey will not be part of spat between West, Russia based on allegations, experts say 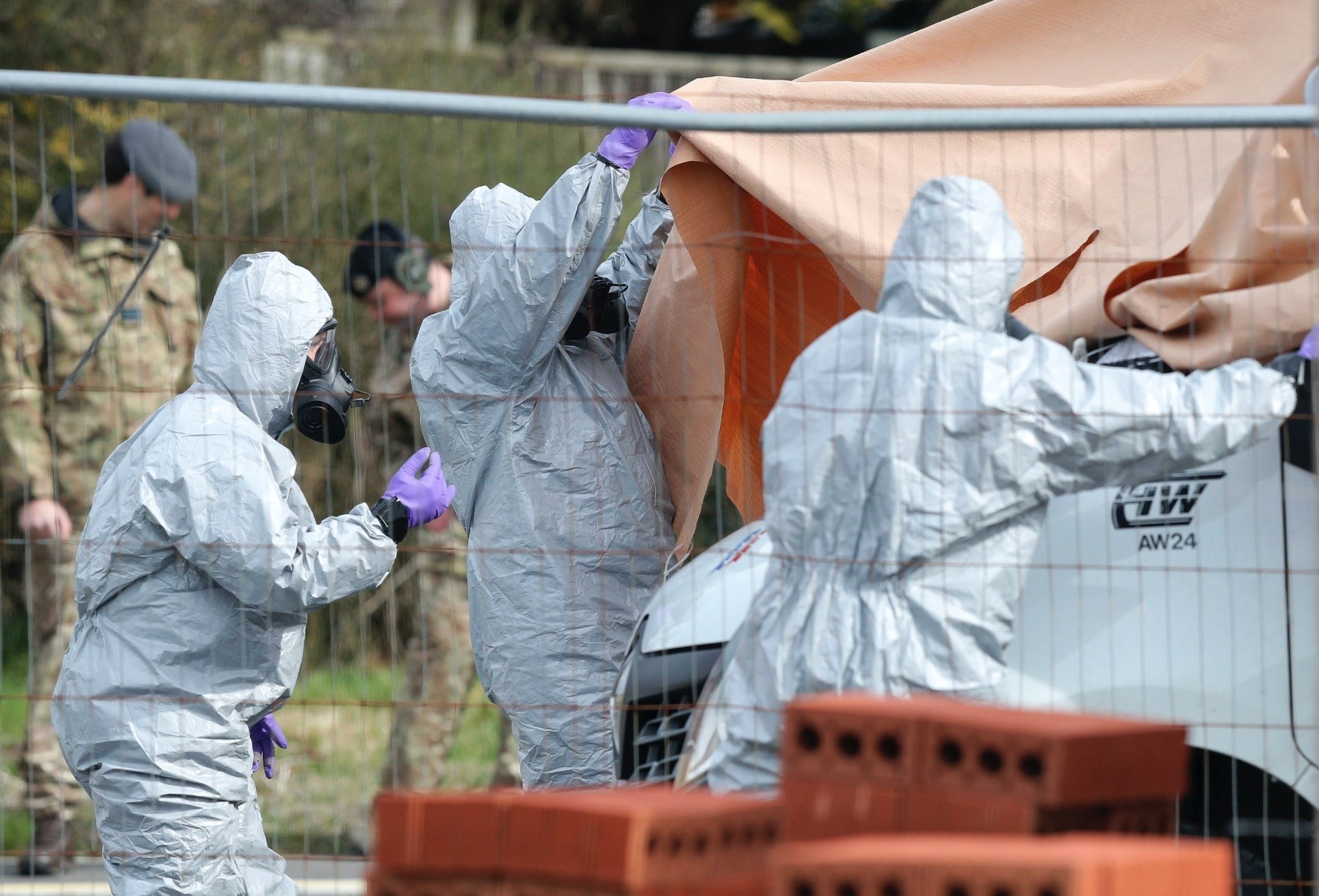 Ankara does not have to take part in the spat between Western countries and Russia over the poisoning of a former Russian spy and should act in accordance with its interests, experts argue

The poisoning of Russian former spy Sergei Skripal and his daughter Yulia in the U.K. has fomented diplomatic unrest between Russia and many Western countries and others. Turkey, however, is not expected to take part in the dispute and will stand by the side, experts told Daily Sabah. "Turkey as an independent country that determines its own polices and is not expected to completely side with the West on the issue and impose sanctions on Russia or expel Russian diplomats," Eşref Yalınkılıçlı, a Eurasia Analyst, said. He added that Turkey, which is a NATO member that is managing to work with Russia on the Syrian war, has given its stance by condemning the incident and saying that using chemical weapons is a crime against humanity.

President Recep Tayyip Erdoğan told journalists accompanying him on the presidential plane on his return from Varna, Bulgaria: "In relation to the issue, our Foreign Ministry has been conveying the views of Turkey to both NATO and the EU. It is not the case that we take similar steps with them," Erdoğan also said that Turkey will not take steps based on allegations just because other states are doing so.

In a statement regarding the incident, Foreign Ministry spokesman Hami Aksoy said that Turkey condemns the incident, and added: "Investigations regarding this grave incident should be conducted and the perpetrators brought to justice as soon as possible."

Highlighting the significant ties between Russia and Turkey, Yalınkılıçlı said: "Since Russia sternly denies the allegations and the U.K. says that it might take months to finalize the investigation, ties between Turkey and Russia, which has been recovering since the downing of a Russian jet, should not be imperiled." Pointing to the current situation in Syria, Yalınkılıçlı said that Turkey and Russia will need to continue dialogue in the future.

Commenting on Turkey's stance on the ensuing crisis, Fuad Safarov, a journalist from Ria Vesti said, "Siding with the other countries against Russia would not be correct while there is no evidence yet regarding the Skripal incident."

He also said questions looms over why Moscow would do such a thing right before the presidential election. "Russia is in favor of investigating the incident objectively. Turkey wants the same thing, as well."

Skripal and his daughter Yulia were found unconscious on March 4 in the southern English city of Salisbury. London has said the attack was carried out using a Soviet-era Cold War nerve agent from a family called novichok. Russia strongly denies the allegations.

Prior to his taking refuge in the U.K. following a 2010 spy exchange between the U.S. and Russia, Skripal was in prison for leaking information to British intelligence.

Prompted by the EU summit in Brussels in which the U.K., Germany, and France reaffirmed the Russian state was responsible for the nerve agent poisoning of Skripal and his daughter, many Western countries started to announce that they are expelling Russian diplomats.

Many Western countries have presented a united response to the incident and these countries might further increase pressure on Russia. In such a case, professor Kemal İnat, an academic at Sakarya University, told Daily Sabah that Turkey may be expected to join European countries in imposing sanctions on Russia.

Prefacing that Turkey has been cooperating with Russia and is involved in various economic projects, İnat said: "Turkey needs to take steps in line with its political and economic interests."

In the face of worldwide expulsion of Russian diplomats, the Russian Foreign Ministry said in a statement that Moscow considers it "an unfriendly, provocative gesture of notorious solidarity"

"There is no objective and comprehensive data confirming Russian involvement in the Sergey and Yulia Skripal case," it asserted. "The unfriendly step of this group of countries will not pass without a trace, we will react to it," the statement said.