Top US official in Ankara to present Washington's Patriot offer 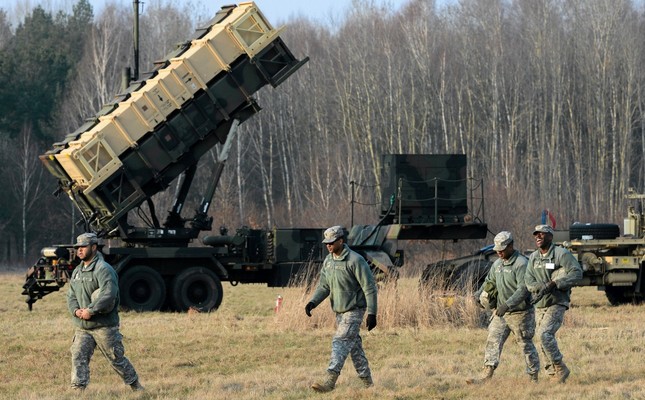 U.S soldiers walk next to a Patriot missile defense battery during join exercises at the military grounds in Warsaw, March 21, 2015.

According to reports in Turkish media, the U.S. will present "a very attractive offer" to Turkey. The U.S. official will be in Ankara until April 3. She is expected to hold meetings with Turkish officials from the Defense Ministry, Undersecretariat for Defense Industry and Foreign Ministry.

Even if Washington provides an attractive offer to Ankara, the latter is not willing to give up on the already-purchased S-400 system. Prime Minister Binali Yıldırım said last week that the Patriot system is not an alternative.

"Our efforts on the Patriots and other defense systems compatible with NATO will continue. These are not an alternative to the S-400. Turkey has already made its S-400 decision," Yıldırım said.

The S-400 is Russia's most advanced long-range, anti-aircraft missile system able to carry three types of missiles capable of destroying targets including ballistic and cruise missiles.

Turkey has also inked a deal with Eurosam apart from S-400 and Patriot systems. A feasibility study agreement with Eurosam will likely produce results in 24 months. Following that, Turkey and Eurosam will decide on potential joint production of an anti-ballistic missile system at the earliest by the end of the 2019.

For Turkey, the Patriot missile deal is a long way ahead. The Turkish government has some pre-conditions such as the price, technology transfer and other issues of its length and the approval process in the Congress.

For example, Poland has signed an agreement to buy Patriot missile systems from the U.S. earlier this week for $4.75 billion. Wednesday's deal is for the delivery in 2022 of two Patriot batteries manufactured by Raytheon, each with two fire units. Warsaw is negotiating with Washington to buy more Patriots, a new 360-degree radar and a low-cost interceptor missile as part of a second phase of modernization.

Poland's deal, approved in November by the U.S. State Department, envisaged a sale worth up to $10.5 billion. But Warsaw brought the price down by opting for a less ambitious command system and procuring some elements locally.

On the other hand, Turkey shook hands with Russia to buy the missile defense system, also two batteries, for around $2.5 billion. Ankara said Turkey would buy two S-400 surface-to-air missile batteries from Russia under an accord signed, with the first delivery planned for the first quarter of 2020.

Technology transfer is another crucial issue. Turkey seeks to build its own missile defense systems as the S-400 deal also involves the transfer of technology and knowhow. It remains unknown whether "the attractive Patriot deal" would include transferring the technology to Turkey.

A possible resistance in U.S. Congress during the approval process of the deal is also an issue troubling Ankara. The Turkish government wants a de-facto guarantee from the U.S. administration to have it approved in congress so that the deal would not fall off.

Share on Facebook Share on Twitter
Previous in Diplomacy A Greek court on Thursday rejected a Turkish extradition request for... Next in Diplomacy French President Emmanuel Macron said Thursday he has assured the...
DAILY SABAH RECOMMENDS