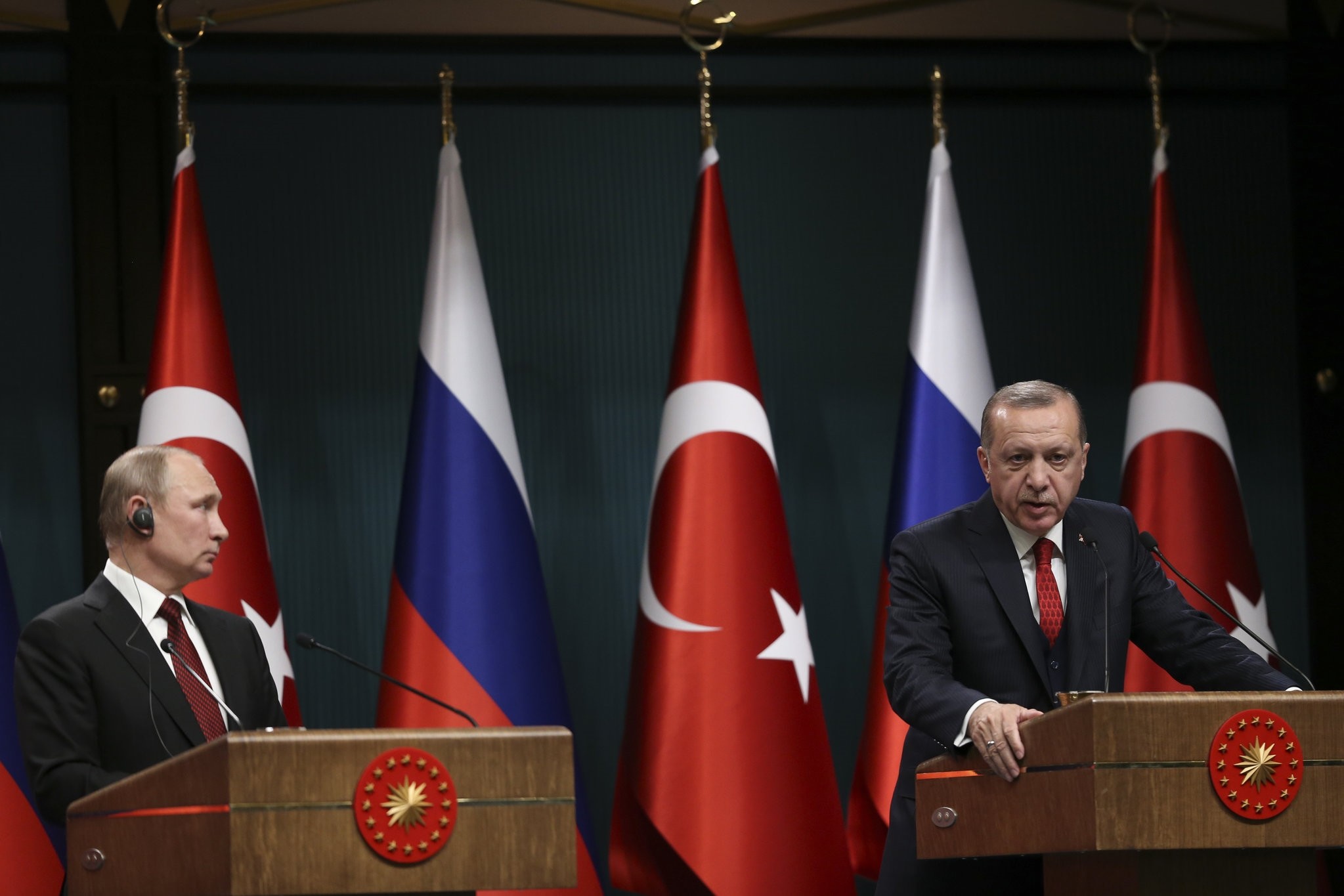 President Recep Tayyip Erdoğan told his Russian counteraprt Vladimir Putin that he was concerned about the alleged chemical attack in Syria's eastern Ghouta which killed at least 70 civilians on Saturday.

Erdoğan voiced his concerns over the reports on the use of chemical weapons in the opposition-held Syrian town of Douma and eastern Ghouta, Turkish presidential sources said.

The Turkish leader also stressed the importance of halting civilian deaths and delivering humanitarian aid during the phone call.

Turkey strongly condemned the attack and said there is a "strong suspicion" that the Assad regime, whose record of using chemical weapons is well known by the international community, carried out the chemical attack.

The Assad regime and its allies Russia and Iran have dismissed allegations that the attack was carried out by regime forces as "fabrications" and have warned against using them to justify military action.

Damascus and Moscow accused Israel on Monday of carrying out a deadly dawn bombing raid on a military airbase in Syria following the attack.

Speaking at a news conference in Moscow, Lavrov said Afrin was discussed during the trilateral summit in Ankara on April 5 in the context of Turkey's national security.

"Afrin question was discussed in line with the position, many times stated by President Erdoğan, specifically, Turkey, in the conditions when the U.S. started making approaches to Kurdish squads, aiming to create a certain 'security belt' on the border with Iraq, President Erdoğan saw a threat in such intentions and plans for the interests and security of Turkey," he said.

About Turkey's presence in Afrin, he said: "And President Erdoğan never stated that Turkey intended to occupy Afrin."

He added: "We assume that the simplest way of normalization in Afrin, now, when Turkish representatives say they have reached the fundamental purposes there [in Afrin], is to return the territory of Afrin under control of the Syrian government," he added.