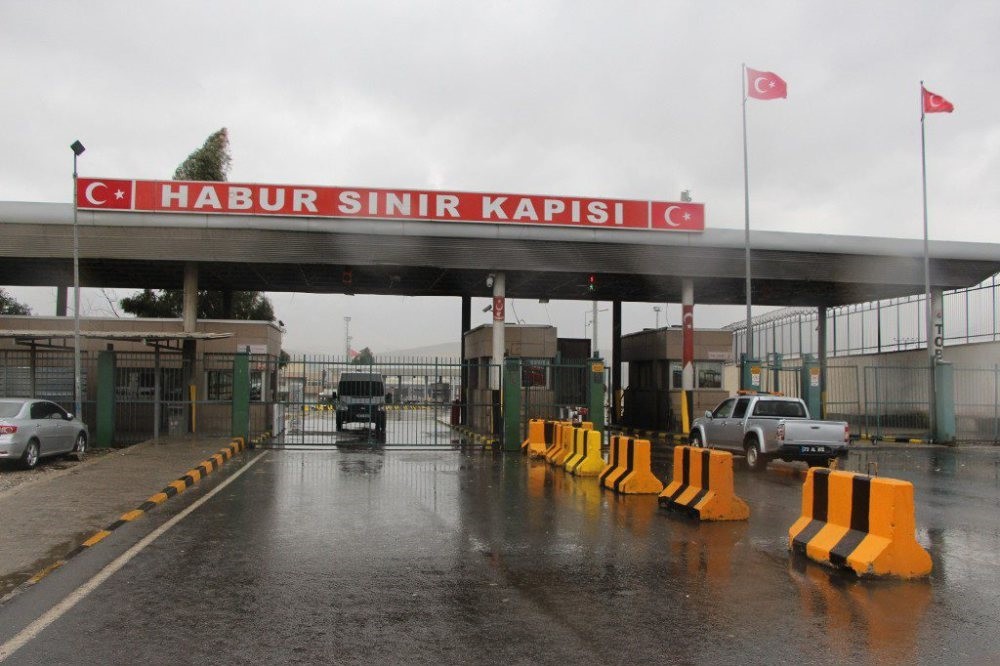 A 570-kilometer road stretches from the Habur border gate to Baghdad and directly connects Turkey to the Iraqi capital.
by Daily Sabah Apr 10, 2018 12:00 am

Turkey and Iraq are on the same page and are willing to open a new border gate, a move that would eliminate the KRG's influence on the route between the two countries, Customs and Trade Minister, Tüfenkçi has said

Customs and Trade Minister Bülent Tüfenkci has said that both Ankara and Baghdad are willing to accelerate work on a second border gate between the countries after elections in Iraq are held.

"Regarding the opening of a new border gate, there are not any apparent problems. Both sides seem willing to open it," Tüfenkci said to the Yeni Şafak daily.

He added that as Iraq will hold elections in May 12, a meeting of the joint economic commission, during which the details of the new border gate will be discussed, has been delayed a second time upon request from Iraq.

Ankara first announced plans to open a new border gate at Ovaköy in the Nusaybin district of the southeastern province of Mardin last year in October, following a decision by Kurdistan Regional Government (KRG) to hold an independence referendum on Sept. 25. In response to the referendum, Baghdad launched an operation against the KRG and took control of significant regions such as Kirkuk.

Oil-rich Kirkuk province among the disputed territories between Baghdad and Irbil, which is defined in Article 140 of the Iraqi constitution, adopted after the 2004 U.S. invasion of Iraq and the toppling of Saddam Hussein. Accordingly, the administrative statuses of these areas were to be determined with referendums by 2007, but the referendums have not yet been held due to political turmoil in the country. During the Daesh terrorist group's advance in northwestern Iraq in June 2014, KRG forces repelled them and assumed control of the city.

Tensions rose in the region when the KRG held an independence referendum on Sept. 25, 2017 in which Kurds overwhelmingly voted to secede from Iraq. The referendum faced sharp opposition from most regional and international actors, including Iraq's neighbors Turkey and Iran, with many warning that it would further destabilize the already volatile region. Baghdad imposed tough measures and launched operations to take over border gates and airports in Iraqi Kurdistan.

Baghdad demanded Irbil hand over control of all airports and customs gates, including Ibrahim Khalil, which had been under KRG control since 1991.

Following the incidents, the KRG transferred the control of the Ibrahim Khalil Border Crossing, the main crossing between Turkey and Iraq, to Baghdad in October of last year.

A new gate would be located at the west of the currently-used Habur gate, which is near the Iraqi city of Mosul. It would directly link Turkey and Iraq by bypassing the KRG.

Tüfenkci said there is no opposition to opening the border gate. "Iraq is just asking f

or time," as the country is busy with election campaigns.

Regarding the PKK presence in the region, Tüfenkci said the Iraqi government has been working on the issue and when terrorists are eliminated, there would be no obstacles to opening the border gate.

With the opening of the new border gate, a trade line from Turkey's border to Mosul and from there to Baghdad is planned to be established. Commenting on the negative position from the U.S., Tüfenkci said "they might not want this. We are not opening our border gates according to the U.S." and that it is an issue between Iraq and Turkey.

Faith Yıldız, Turkey's ambassador to Baghdad, announced last week that the delegation meetings with Baghdad to discuss the new border gate between will start soon.

A 570-kilometer road stretches from Faysh Khabur to Baghdad and directly connects Turkey to the Iraqi capital. When the second gate opens, the road will start operating effectively, Yıldız said.

He also said that developments in Iraqi Kurdistan show that Turkey and Iraq should not rely on a single border gate.

Touching on the current situation of the Ibrahim Kalil border crossing, which is located across from Habur, Yıldız said: "Turkey a

ttaches importance to the finalization of the status of the Ibrahim Khalil border gate and its control by the central government in Baghdad. When these two issues are settled, we will make great progress regarding double customs duty since exporters have to pay taxes both to the Iraqi government and KRG in northern Iraq."