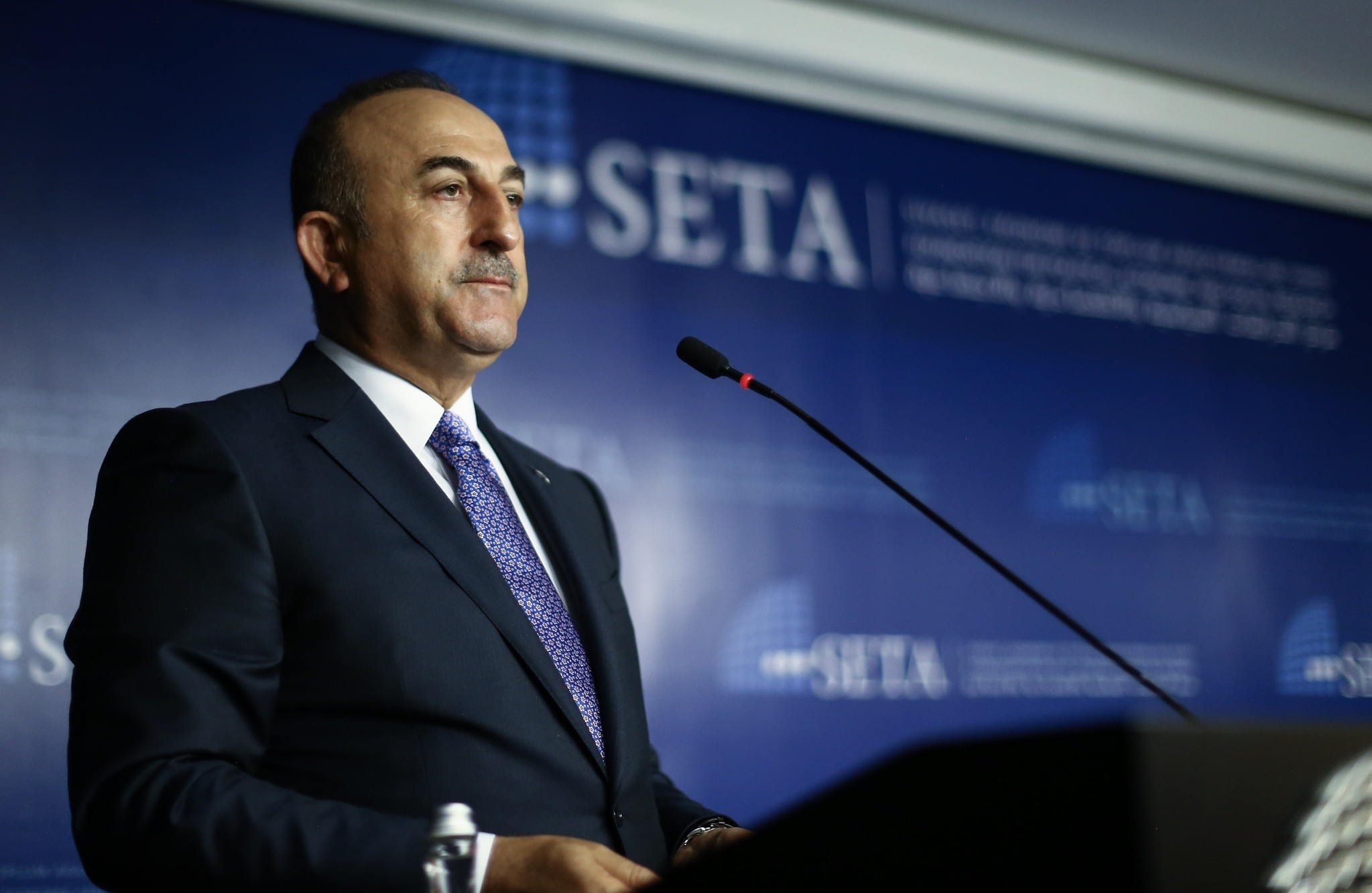 Turkish Foreign Minister Mevlüt Çavuşoğlu said Wednesday that he will hold a meeting with his French counterpart Jean-Yves Le Drian over President Emmanuel Macron's offer for talks with the Syrian Democratic Forces (SDF) on request of the French side.

Speaking at event organized by Ankara-based think tank the Foundation for Political, Economic and Social Research (SETA) in the Turkish capital, Çavuşoğlu said the two ministers had originally planned to meet earlier but couldn't beacuse of their busy schedules.

The meeting comes after a diplomatic crisis erupted over France's offer to mediate between Turkey and the U.S.-backed SDF, which is dominated by PKK terrorist group's Syrian offshoot the Democratic Union Party (PYD) and its armed wing the People's Protection Forces (YPG).

French President Macron's meeting offer with the SDF was branded as "unacceptable" by Turkey, with Çavuşoğlu saying it showed France's "double standard" on terrorist groups, and calling on Paris to take a clear stance against all of forms of terror.