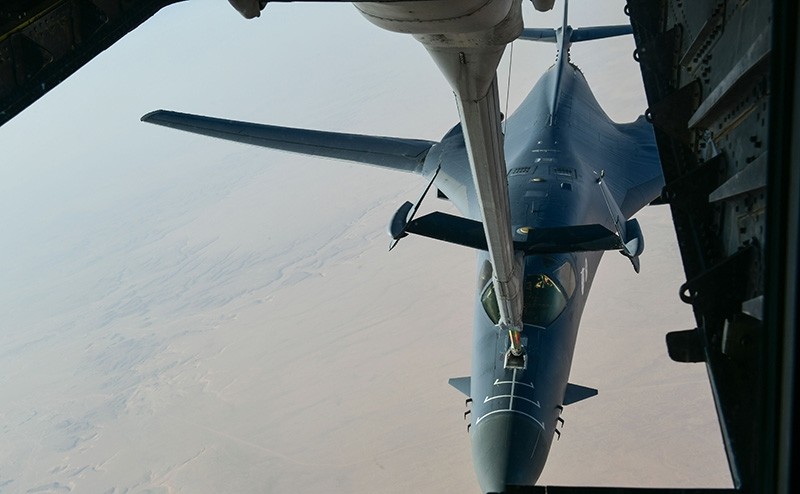 In this image obtained from the US Department of Defence, a US Air Force B-1 Bomber separates from the boom pod after receiving fuel from an Air Force KC-135 Stratotanker en route to strike chemical weapons targets in Syria (AFP Photo)
by Daily Sabah with AA Apr 15, 2018 12:00 am

President Recep Tayyip Erdoğan had spoken with his U.S. counterpart Donald Trump over the issue ahead of the airstrikes.

Turkey welcomed the U.S. strikes, saying that they are a positive development but highlighted that there is much more work to be done to find a lasting solution to the war in Syria.