PM Yıldırım urges Greece to avoid tensions in the Aegean 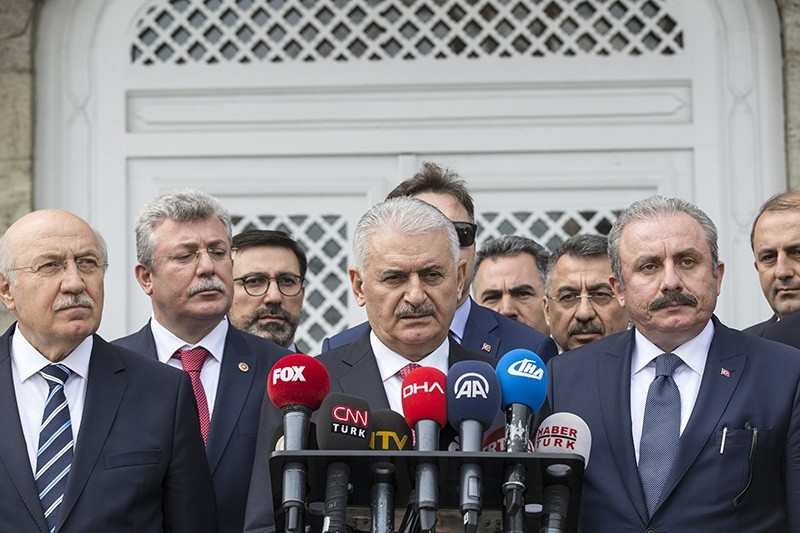 A Greek flag planted on an islet off Turkey's Didim coast in the Aegean has been removed, Prime Minister Binali Yıldırım said Monday, as he urged Greece to avoid escalating tensions.

Speaking at a panel in Istanbul, Yıldırım said that Greece has recently been violating islets in the Aegean and attempted to plant a flag on one of them off Didim.

"Our coast guard squads carried out the necessary intervention and removed the flag" the prime minister said.

Yıldırım advised Greece to avoid provocation and tensions under the framework of neighborly relations.

"We especially expect them to think that we will not give up the sovereignty rights of our country," Yıldırım said, adding that Turkey is ready to give the necessary response to such actions.

The crisis was triggered when a Turkish vessel shipwrecked on the islets on Dec. 25, 1995. Greece claimed that the accident took place on its territorial waters, which Turkey denied, claiming that the islets belonged to Turkey.

Turkey's only female Prime Minister Tansu Çiller said at the time that Turkey was ready for a military operation and sent troops to the western islet to plant the Turkish flag.

In contrast, citing international law, Greece wants to increase its territorial waters to 12 nautical miles, which would leave practically the whole Aegean Sea under Greek control. Through a parliamentary motion in 1995, Turkey declared unilateral action by arguing that, if Greece were to extend the boundary to 12 nautical miles it would be considered a casus belli.