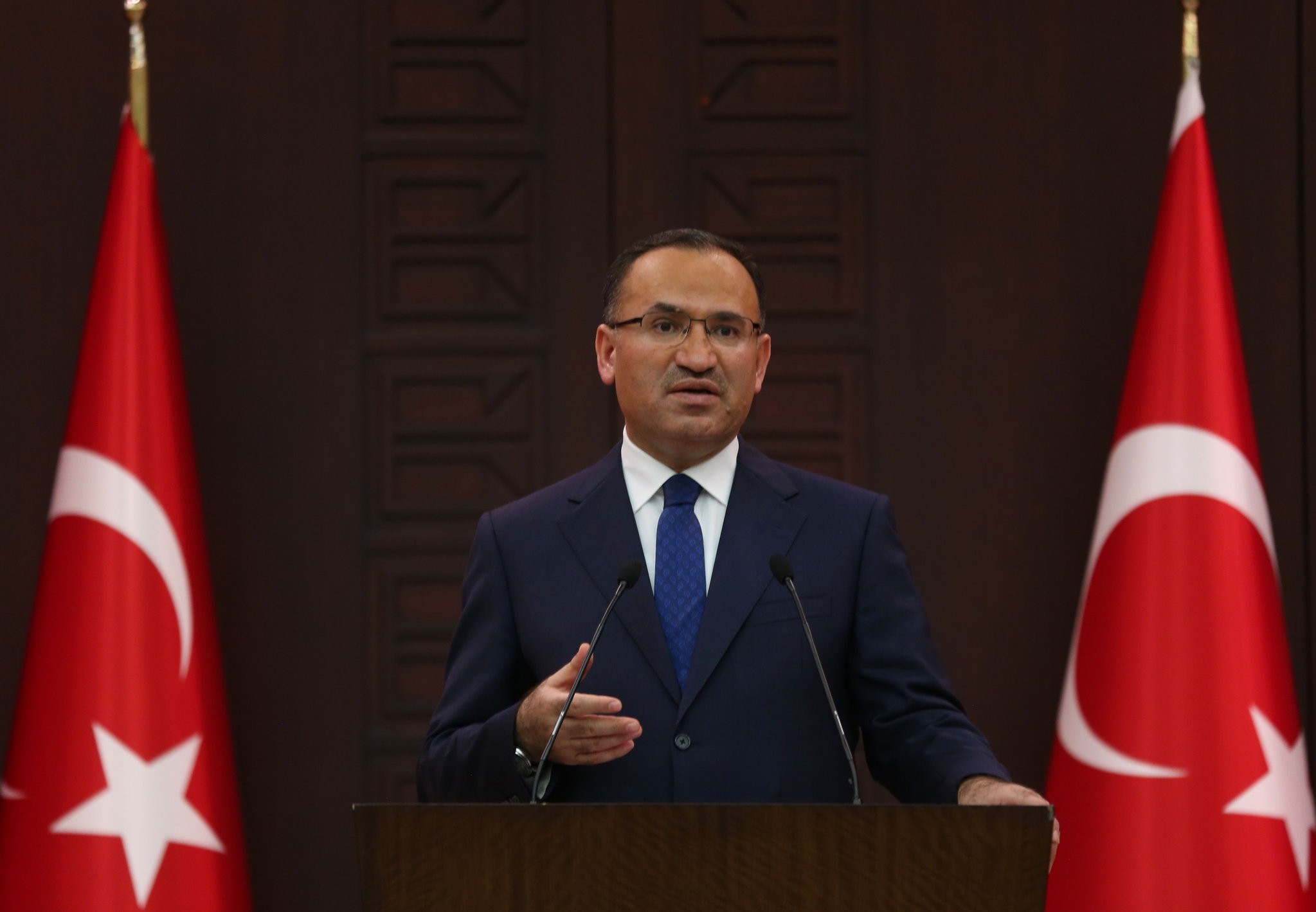 Government Spokesperson and Deputy Prime Minister Bekir Bozdağ said Tuesday that Greece had violated international law by not returning the July 15, 2016 coup suspects to Turkey, while urging Athens to give up its provocative and aggressive acts to avoid undesired incidents around the Aegean islands.

After the 2016 coup attempt, eight soldiers, including two commanders, four captains and two sergeants, escaped to Greece in a Sikorsky helicopter and landed in Alexandroupolis. Greek courts have rejected Ankara's extradition requests for the suspects three times, drawing reaction from the Turkish public and politicians.

"The state of emergency targets terrorists and terror groups, not peaceful citizens in Turkey," he asserted, hitting back at those who claim Turkey is using the measure to target innocent people.

The state of emergency has so far been approved six times since the attempted coup by the Gülenist Terror Group (FETÖ) in July 2016.

On recent tensions between Turkey and Greece, which erupted after a Greek flag was planted on an islet off Turkey's Didim coast, Bozdağ said "Turkey's stance on disputed islands in the Aegean is clear. No one should expect Turkey to allow faits accompli in the Aegean."

In response to the European Commission's latest progress report, Bozdağ said that the positive statements of the European Union do not mask its unfairness towards Turkey.

"The EU has not treated Turkey fairly or objectively," he added.

The deputy prime minister underlined that Turkey was not moving away from the EU, criticizing the fact that countries less developed than Turkey were easily accepted into the bloc.

The latest progress report released on Tuesday has criticized Ankara, saying Turkey was moving rapidly away from the path of EU membership. It also called for the lifting of its state of emergency, but praised the country's humanitarian efforts for the nearly 4 million refugees it hosts within its borders.

European Commissioner Johannes Hahn, who oversees EU membership bids, told a news conference that Turkey "continues to take huge strides away from the EU, in particular in the areas of rule of law and fundamental rights."

"The Commission has repeatedly called on Turkey to reverse this negative trend as a matter of priority and makes very clear the recommendations on this in today's report," he added.