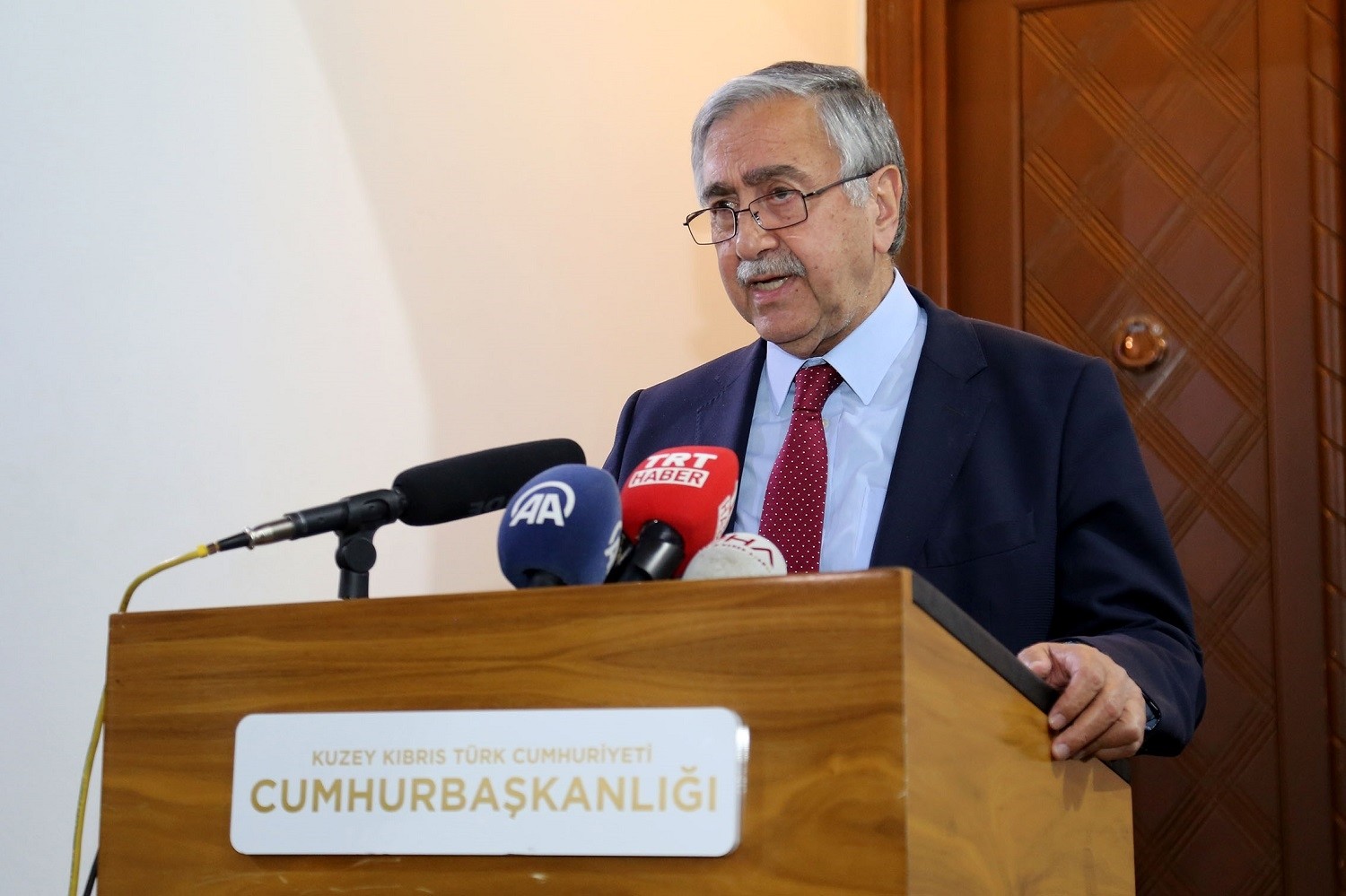 President of the Turkish Republic of Northern Cyprus (TRNC) Mustafa Akıncı said on Tuesday the Greek side's attitude towards a political solution in the divided island has not changed after meeting with the Greek leader for the first time in nine months on Monday.

Speaking after the three and a half hours meeting with Greek Cypriot leader Nicos Anastasiades in the UN-controlled buffer zone in Nicosia, Akıncı said the reunification talks could only continue with a strategic package that is not open-ended.

Akıncı said the Greek side did not show a change in their stance but that the Turkish Cyprus will no longer follow the same strategy in Crans-Montana in last July, during which the talks collapsed after the two sides failed to overcome final obstacles following days of negotiations.

The Turkish leader also said that Anastasiades was warned against the Greek side's unilateral search for natural gas reserves and the Turkish Cyprus is the co-owner of the island's natural resources.

Meanwhile, Anastasiades said reunification talks cannot resume while Turkey is trying to block foreign companies from drilling for oil and gas off of Cyprus.

A group of Greek and Turkish Cypriots who had gathered outside the venue voiced hope that Anastasiades and Akıncı would make headway.

The most recent talks aimed at reunifying the island as a bi-zonal, bi-communal federation collapsed in Switzerland last July.

Turkey blames Greek Cypriot intransigence for the talks' failure, also faulting the European Union for admitting the Greek Cypriot administration into the union in 2004 although Greek Cypriot voters had recently rejected a peace deal.

The island of Cyprus has been divided since 1974, when a Greek Cypriot coup took place after decades of violence against the island's Turkish community and Ankara's intervention as a guarantor power.