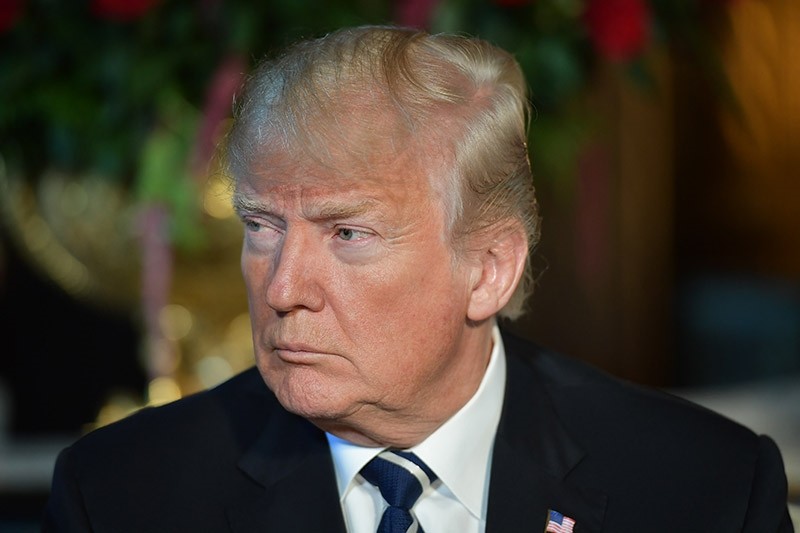 U.S. President Donald Trump tweeted early Wednesday in support of American pastor Andrew Brunson, who is held in Turkey on terror charges for his links to the PKK and the Gülenist Terror Group (FETÖ).

"Pastor Andrew Brunson, a fine gentleman and Christian leader in the United States, is on trial and being persecuted in Turkey for no reason," Trump claimed.

The pastor, imprisoned in the city of Izmir, is accused of espionage and aiding two terror groups, charges carrying up to 35 years in prison.

"They call him a Spy, but I am more a Spy than he is," Trump said in his tweet.

Pastor Andrew Brunson, a fine gentleman and Christian leader in the United States, is on trial and being persecuted in Turkey for no reason. They call him a Spy, but I am more a Spy than he is. Hopefully he will be allowed to come home to his beautiful family where he belongs!

In his first appearance before the court in Izmir's Aliağa district, the pastor, in fluent Turkish, denied all charges against him, including his alleged contact with Bekir Baz, a senior member of FETÖ.

Only a few days ago, reports said that the local law enforcement officers following up on the case uncovered new evidence of contact between Brunson and the top FETÖ official of the region, Bekir Baz.

While Brunson rejects claims that he ever met Baz, investigations into both individuals GSM signals showed that they were at the same place or at least very close to each other on 293 occasions. Baz currently remains a fugitive from law.

The report, which was submitted to the court, traces five GSM accounts registered to Brunson and two GSM accounts belonging to Baz between April 4, 2011, and Aug. 19, 2015. The report also claims that Brunson's GSM accounts were also at the same place as the GSM accounts of Baz's deputy Mustafa Safa. Baz is known as one of the select few who were able to directly contact Fetullah Gülen, the leader of FETÖ, who has lived in Pennsylvania for close to two decades.

Brunson also took part in organizing the 2013 Gezi Park riots, the indictment said, claiming that he was in possession of lists containing the names of "gas station workers in Turkey's southeast," "railway employees," or "soldiers to get in contact with," with whom he exchanged information through close contacts. In Monday's hearing, the pastor dismissed allegations as "lies."

The indictment also noted that the suspect was charged with being in contact with retired soldiers, special warfare officers and high-ranking leaders of the PKK and FETÖ, which is understood through two secret and five open witness statements, along with evidence such as digital data, documents, phone conversation and wireless tower records provided by Brunson himself, witnesses and authorities.