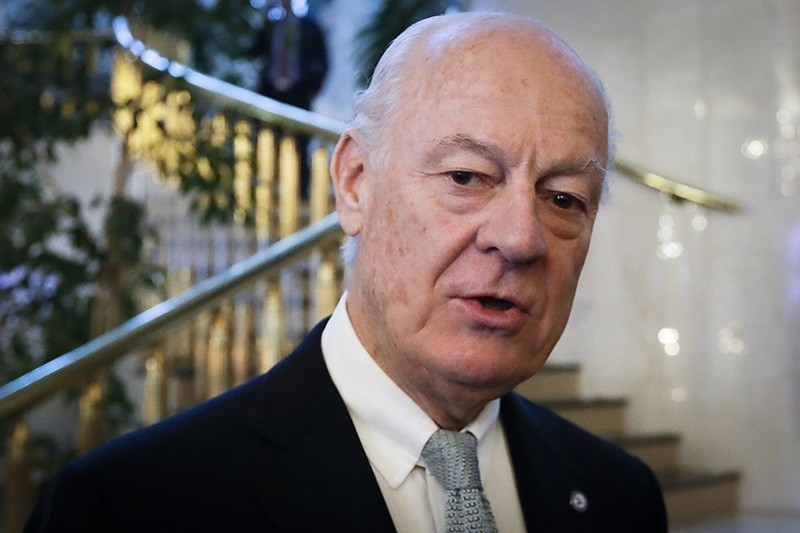 U.N. Special Representative for Syria Staffan de Mistura will come to Ankara for talks with the Foreign Ministry Undersecretary Ümit Yalçın and his deputy Sedat Önal on Wednesday.

Mistura will then continue on to Moscow and Tehran.

The visit comes after the U.S., U.K. and France conducted a series of military strikes on Saturday targeting the Assad regime's chemical weapons capabilities in retaliation to a suspected chemical attack in Douma, eastern Ghouta.

Turkey welcomed the strikes as an "appropriate response," but said that only focusing on destroying chemical weapons would not be enough to end the instability in the region and the aim should be to end the war in Syria.