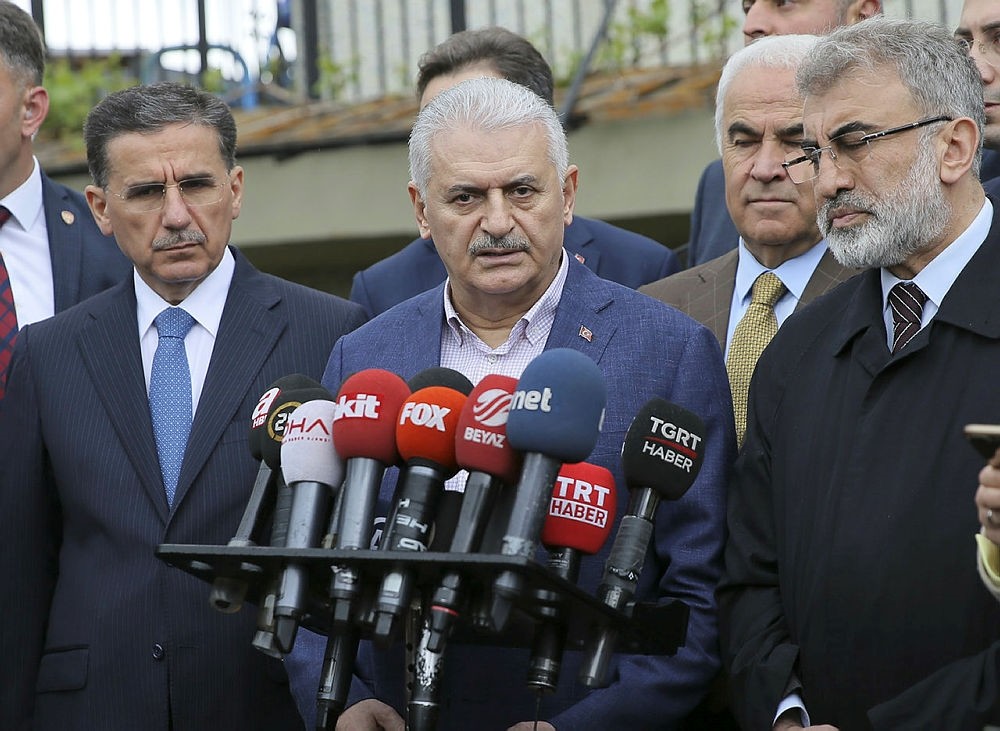 Prime Minister Binali Yıldırım warned Friday that Turkey's enemies have been seeing Greece as a safe haven and the government's attitude regarding individuals Ankara sees as supporters of the failed coup of July 15, 2016 was damaging ties between the two countries.

Speaking to reporters after Friday prayers, Yıldırım said it was unacceptable for people who took part in the abortive putsch to be protected by Greece, as ties between Ankara and Athens, neighbors and NATO allies, have soured in recent months.

On Thursday, the Greek Council of State -- the highest administrative court in Greece -- ordered the release of ex-Turkish soldier Süleyman Özkaynakçı under judicial control.

In a written statement, the Foreign Ministry said Özkaynakçı had participated in the July 15, 2016, defeated coup in Turkey.

The statement said the court decision showed that necessary measures had not been taken regarding a "traitor" who participated in the coup attempt.

"It showed once again that Greece is a country which protects the coup plotters," the statement added.

Özkaynakçı's asylum request had been accepted in December 2017 by an independent asylum commission, but later the Greek government raised objection to it.

He was released briefly after being granted asylum but was arrested again after the government raised an objection over the asylum.

The Greek Council of State, the country's supreme administrative court, evaluated the government's objection on Thursday and ordered the release of Özkaynakçıi under strict control until the results of asylum applications of all eight Turkish coup plotters come out.

The Council of State is expected to make a final decision over the asylum requests of all the eight ex-Turkish soldiers on May 4.

According to Greek law, the maximum detention period is 18 months, which will expire at the end of May for the all the coup plotters.

The eight former Turkish servicemen had fled to Greece a day after the defeated 2016 Turkish coup. They are accused by the Turkish authorities of being coup plotters and members of FETÖ.

FETÖ and its U.S.-based leader Gülen orchestrated the defeated coup on July 15, 2016, which left 250 people killed and nearly 2,200 injured.

They are currently held in custody by Greek authorities. The case has been a bone of contention between the two countries.

The issue was also discussed during President Recep Tayyip Erdoğan's landmark visit to Greece in 2017.