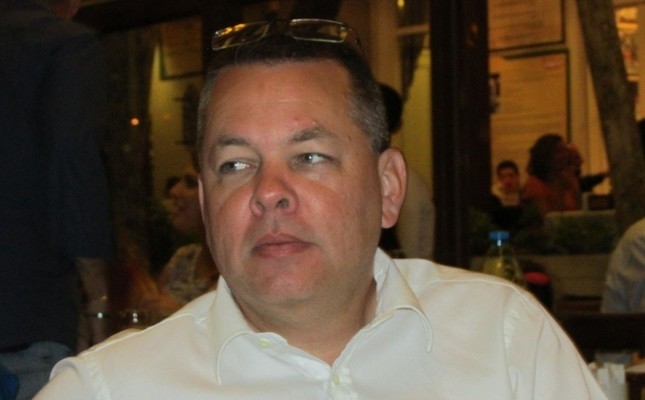 Two U.S. senators have called for sanctions to be imposed against Turkish officials in the 2019 U.S. budget over the imprisonment of an American pastor in Turkey, despite Ankara saying that the issue is a judiciary matter and that the Turkish government cannot intervene.

Senators James Lankford and Jeanne Shaheen, both serving on the Appropriations Committee, said in a statement late Thursday that the Turkish government should face consequences for its conduct against American citizens.

"Turkish officials who participate in the detainment of any innocent American citizen should face international consequences, and the actions against Pastor [Andrew] Brunson, in particular, qualify as hostage-taking," the statement read.

Pastor Andrew Brunson has been under arrest since late 2016 following the coup attempt in Turkey. A Turkish indictment alleged that Brunson had been cooperating with Gülenists, who are designated by the Turkish government as a terror group. A Turkish court in Izmir last week remanded Brunson in custody, and his next hearing is scheduled in May.

Senators issued a similar warning for sanctions in the 2018 fiscal year bill, but dropped it last month following assurances by the U.S. State Department that they needed to give more room to diplomacy to facilitate Brunson's release.

But the Turkish court's decision to keep Brunson in jail seems to have angered them again.

""We desire cooperation and strengthening ties between our countries, but the U.S. government has a responsibility to ensure the safety and welfare of its people. Turkey has an opportunity to repair relations by immediately releasing Dr. Andrew Brunson, " their statement had said.

On Wednesday top U.S. diplomats issued a similar message in a hearing hosted by the House Foreign Affairs Committee.

President Donald Trump and the Vice President Mike Pence have also personally asked for Brunson's release in their meetings with Turkish officials in the past.

This week, both Trump and Pence used social media to send a message to Turkey.

"Pastor Andrew Brunson, a fine gentleman and Christian leader in the United States, is on trial and being persecuted in Turkey for no reason. They call him a spy, but I am more a spy than he is. Hopefully he will be allowed to come home to his beautiful family where he belongs!" Trump tweeted on Tuesday.

Turkish officials, on their part, strongly refuse the allegation that Brunson was taken hostage. They say Brunson's connections and interactions with multiple parties meet the legal criteria for a court case.

Some sources previously alleged that Brunson's release might be facilitated by a deal. Brunson's next hearing is coinciding with a Turkish banker's sentencing hearing in New York. Mehmet Hakan Atilla, former deputy general manager of state-owned Halkbank, has been found guilty of violating U.S.-imposed sanctions. Sources speculate that two gentlemen could be released if Ankara and Washington reach an understanding over the issue.