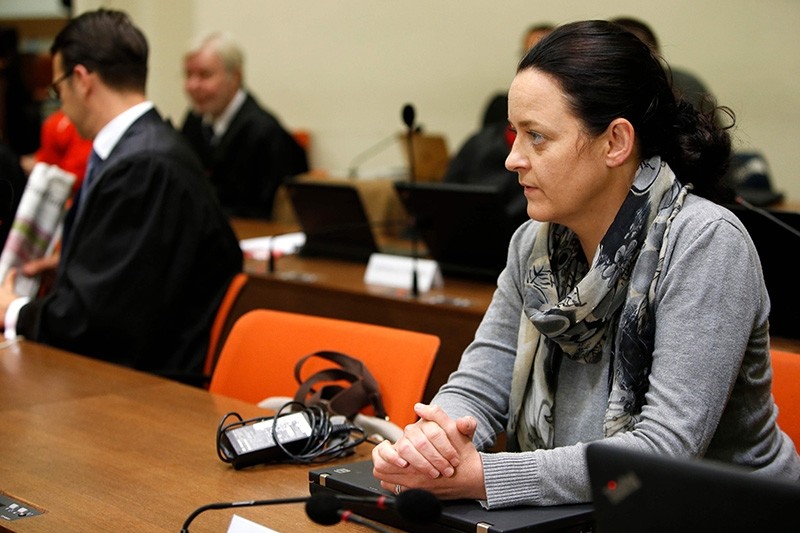 The Turkish Embassy in Berlin criticized on Monday the protracted trial of far-right extremists who are suspected of killing eight Turkish immigrants, a Greek citizen and a German policewoman between 2000 and 2007.

"Justice delayed is justice denied," the embassy wrote on its Twitter account, as the trial of members of National Socialist Underground (NSU) entered its sixth year this week.

"Our common expectation is that the trial will end with a just decision that will uncover the background of these murders as well as the ties of these thugs," the embassy tweeted.

The neo-Nazi group NSU was formed by three right-wing extremists -- Uwe Mundlos, Uwe Bohnhardt and Beate Zschaepe -- who were on the run and have lived under fake identities since 1998.

The group is believed to have killed immigrants between 2000 and 2007 -- but the murders remained unresolved until 2011.

The German public first learned about the existence of the NSU in November 2011, when two members of the group reportedly died in a murder-suicide following an unsuccessful bank robbery.

Beate Zschaepe, 43, the sole survivor of the terrorist cell, is on trial since 2013, but so far she has denied any role in the killings and tried to lay the blame on her two male accomplices Mundlos and Bohnhardt.

Until 2011, Germany's police and intelligence services excluded any racial motive for the murders and instead treated immigrant families as suspects in the case, questioning them over alleged connections with mafia groups and drug traffickers.

However, recent revelations have shown that German domestic intelligence agency BfV had dozens of informants who had contacts with the NSU suspects since the late 90s.

But officials insisted that they had no prior information about the NSU terror cell and its suspected role in the killings.

Many questions related to the murders were still unresolved, as dozens of secret files belonging to the domestic intelligence service had been destroyed, soon after the death of two leading members of the group in 2011.