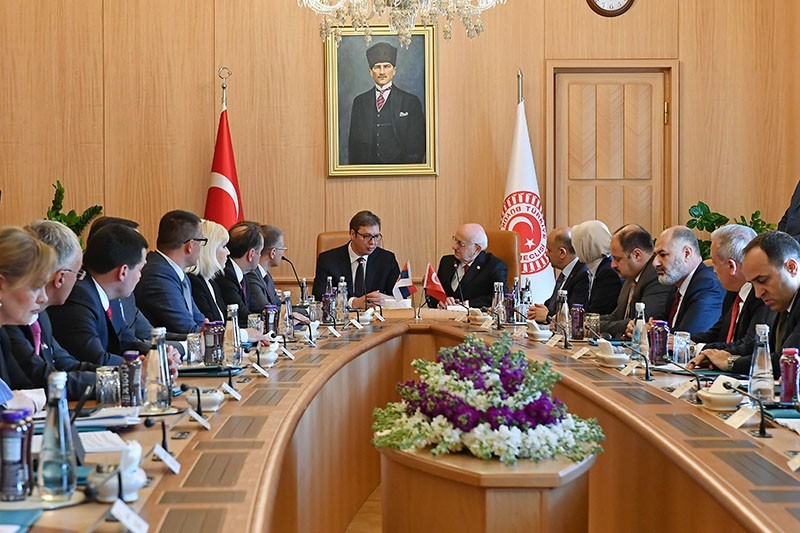 The leadership in Ankara has brought Turkey and Serbia closer together, said Serbia's visiting president on Monday.

"There will be no more burning bridges" in bilateral ties, Aleksandar Vucic said during a meeting with Ismail Kahraman, Turkey's parliament speaker. "We are building bridges."

"We have narrowed the distance in relations between our countries via [Turkish President] Recep Tayyip Erdoğan's efforts and display of policy of conciliation, we have strengthened and built friendship bridges," he added, on the last day of a two-day visit.

Kahraman welcomed Vucic and his delegation's visit and said: "We truly have a friendship between us."

The duo praised the outstanding relations between Turkey and Serbia, and Vucic said there are many other areas where the two countries could cooperate.

Kahraman also told the Serbian leader about the attack on parliament the night of the July 15, 2016 defeated coup attempt by the Gülenist Terror Group (FETÖ)

Vucic is to meet President Erdoğan in Ankara this afternoon, followed by a joint news conference at the presidential complex.