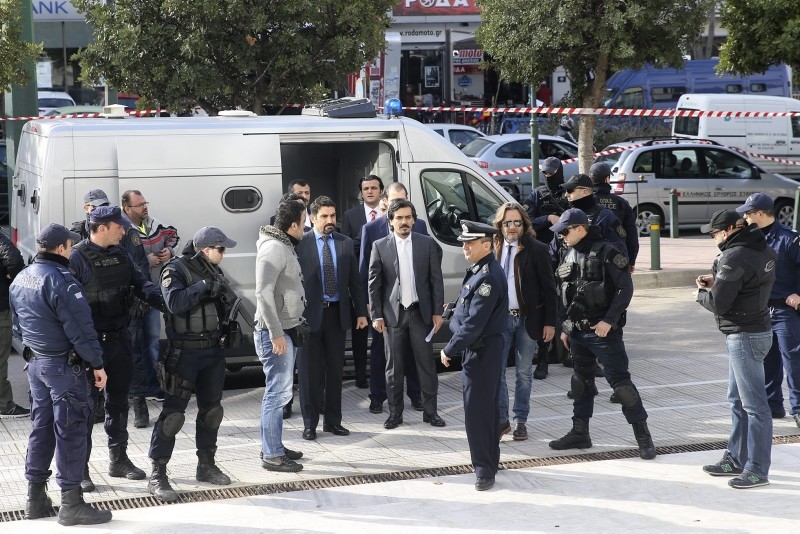 In a decision unsurprising for Ankara, a Greek committee for asylum accepted the request by a second Turkish soldier wanted for his role in the Gülenist Terror Group's (FETÖ) 2016 coup attempt.

The asylum seeker was not identified, but he was among eight soldiers who hijacked a Sikorsky military helicopter to fly into Greece and landed in Alexandroupolis when the July 15 coup attempt that killed 250 people was thwarted. He was in police custody and would be released soon after the asylum approval.

The Greek Asylum Commission last December has accepted the request of Süleyman Özkaynakçı, another member of the putschist group that fled into Greece, for asylum. Özkaynakçı was released from custody but re-arrested over Athens' objection, only to be released again by a Council of State ruling last month until the results of the asylum requests by other putschists are resolved. The Council of State is expected to issue similar verdicts for other putschists and if not, all men would be released anyway by the end of May due to a law for the maximum detention period of 18 months.

Greece's persistence on not extraditing putschists and even releasing them is consistent with its image as a safe haven for terror suspects fleeing Turkey, a country it tried to overcome a past of hostilities. "Greece is our neighbor and friend. We believe Greece should see our enemy as their enemy as well and act accordingly. It is unacceptable to protect and embrace FETÖ members that actively took part in the coup. FETÖ criminals nowadays see Greece as a safe haven and this damages our neighborly ties and friendship. I hope they will extradite them. We do not desire FETÖ members to affect our relations," Turkish Prime Minister Binali Yıldırım has told reporters after Özkaynakçı's release.

Eight soldiers were initially sentenced to a suspended two-month jail sentence for illegal entry into Greece. Greece repeatedly rejected extradition, claiming they would not get a fair trial in Turkey.

The officers are wanted in connection with their role in the coup attempt's Istanbul leg. When the coup attempt failed, they fled the headquarters of the 66th Mechanized Infantry Brigade in the city where they were deployed. The military base served as the meeting place for a group of putschist officers who are accused of gathering there two days before the attempt to discuss the details. Four people, including Col. Sait Ertürk, were killed at the same base in a clash with pro-coup troops.

Turkey earlier condemned rulings not to extradite coup suspects as "politically motivated." The two countries have agreements in place in the fight against terrorism.

Due to its location at the gateway of Europe, Greece has been a popular destination both for migrants and fleeing FETÖ suspects after Turkey escalated a crackdown on the terrorist group in the wake of the putsch attempt. Turkish border security has stopped dozens of FETÖ suspects on the land border with Greece, while the Turkish Coast Guard has prevented a large number of the group's members from fleeing aboard boats to the Greek islands from nearby Turkish shores since the summer of 2016.