Turkey may take serious steps if US applies sanctions 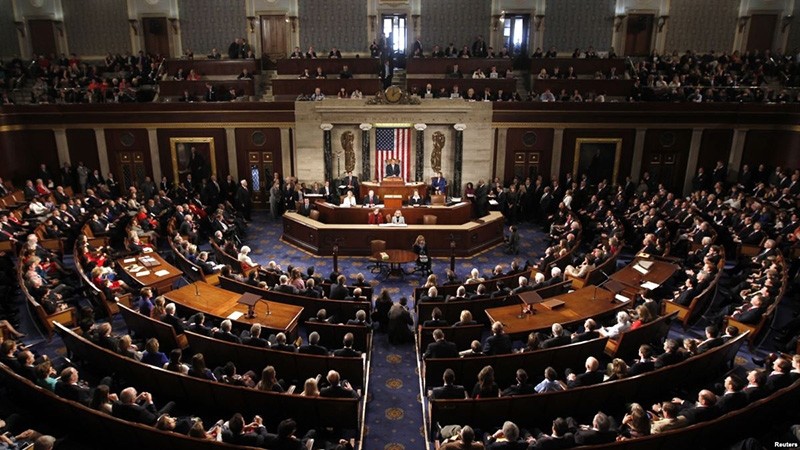 The chairman of the powerful U.S. House of Representatives Armed Services Committee drafted a law that asks the Trump administration to provide a comprehensive report on the Turkish-American defense relationship and submit it to the Congress. The proposed legislation blocks the delivery of military equipment to Turkey until the report is submitted in 60 days after the enactment of the bill.

The possible U.S. embargo may trigger a new crisis between the two countries. Ankara closed U.S. bases in the 1970s, including İncirlik Air Base in southern Adana province, following a U.S. arms embargo to Turkey due to the Cyprus intervention in 1974.

The bill seems to alleviate Congressional concerns over Turkey's purchase of S-400 air defense systems from Russia, which received repeated objections from U.S. officials, citing the interoperability problems with NATO defense architecture and the current Congressional sanctions against the Russian defense industry.

Instead of imposing sanctions against the Turkish defense industry, the committee chairman seems decided to send a signal to the Turkish government by inspecting the whole Turkish-American defense relationship and meanwhile symbolically blocking the delivery of some goods for a short time.

Haluk Görgün, chairman of the executive board of ASELSAN, leading Turkish defense contractor, said that it is not possible to impose a sanction to Turkey because the F-35 program will be collapsed if the U.S. blocks deliveries of the fighter jets to Turkey. "I think these [senators] are individual opinions. Turkey is an important partner in the project," he said.

Washington's decision to impose an arms embargo on Ankara in the 1970s brought bilateral relations on the verge of rupture. Following a Greek Cypriot coup, which was followed by violence of paramilitary groups against the island's Turks, Ankara made an intervention as a guarantor power. The intervention triggered a U.S. arms embargo on Turkey. A year later, Ankara responded by closing 21 bases and facilities belonging to the U.S. in Turkey, including İncirlik. Washington backtracked and removed the arms embargo after three years of strained relations. In 1980, following the Sept. 12 coup in Turkey, U.S. bases were taken into service again.

Also, the Turkish Armed Forces Strengthening Foundation (TSKGV) was founded after the embargo, which aimed to reduce the defense industry's dependence on imports, with investments made to form the Turkish Aerospace Industries (TAI), ASELSAN, İŞBİR, ASPİLSAN, HAVELSAN, and ROKETSAN, a group defense contractors.

The section of the bill requires the Secretary of Defense to submit a report that assesses U.S. military and diplomatic presence in Turkey, including all military activities conducted from Incirlik Air Base or elsewhere. The report would also include a detailed analysis of the S-400 sale and its effects on the Turkish-American relationship and NATO. The proposed legislation mandates the defense secretary to evaluate the Russian S-400 systems potential impact on joint systems and platforms operated by Turkey, that including the F-35 Lightning II Joint Strike aircraft, to include co-production; the Patriot surface-to-air missile system; the CH-47 Chinook heavy lift helicopter; the AH-1 Attack helicopter; the H-60 Black Hawk utility helicopter; and the F-16 Fighting Falcon air-craft.

The House Armed Services Committee will finalize its version of the legislation on Wednesday.