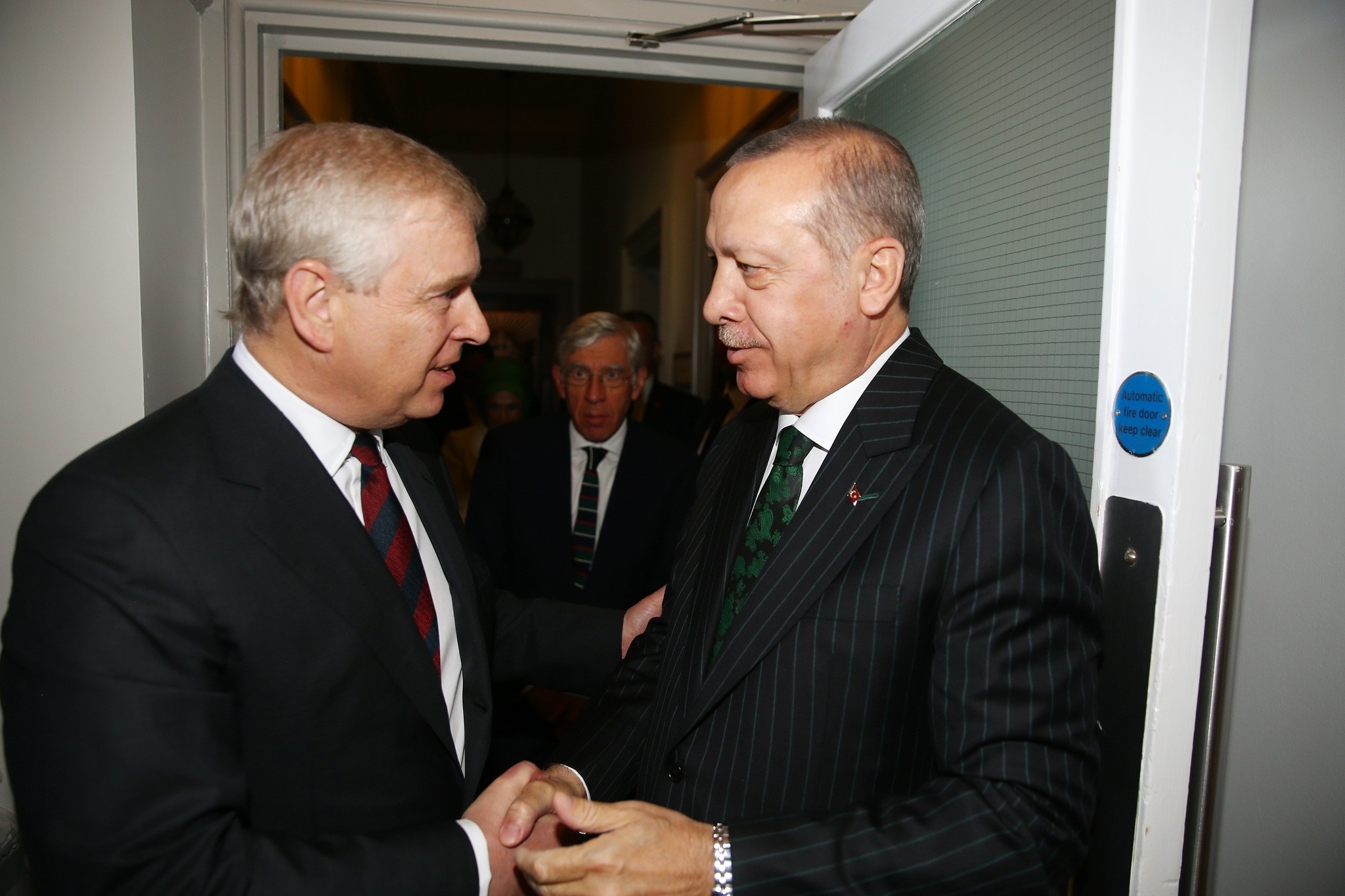 The U.K. support to Turkey in the aftermath of the failed July 15, 2016 coup attempt will always be remembered, Erdoğan said, adding that the ties between two countries are of strategic importance for bilateral interests

President Recep Tayyip Erdoğan said yesterday that the U.K. government's solidarity and support after the July 15 coup attempt will be remembered and that it is a matter that has contributed to the strengthening of bilateral ties. "I will not forget the support the U.K. gave us during the July 15 coup attempt that targeted Turkish democracy and myself," Erdoğan said at the closing session of the 7th Tatlıdil Forum in the U.K. city of Reading. Alan Duncan, United Kingdom minister of state for Europe and the Americas at the Foreign & Commonwealth Office, was the first overseas official to visit Turkey, four days after the defeated coup attempt.

British Foreign Secretary Boris Johnson also visited the Turkish Parliament, which was bombarded by fighter jets on the night of the July 15 coup attempt led by the Gülenist Terror Group (FETÖ), shortly after the coup, and said that Britain will take action against Gülenists in the country. FETÖ, led by U.S.-based Fetullah Gülen, sought to topple the Turkish government and seize power on July 15, 2016. The coup attempt was prevented by loyal military troops, police units and millions of Turkish citizens. Some 250 people, mainly civilians, were killed by putschist soldiers, while more than 2,200 people were injured.

U.K Prime Minister Theresa May's spokesman was quoted by the U.K. media as saying, "The visit is an opportunity for the UK and Turkey to demonstrate our close bilateral relationship and to have important discussions about issues of shared interest."

Erdoğan added that the "strategic partnership" partnership between the two ally countries is not a "simple matter of choice."

Erdoğan said the security of the Europe-Atlantic region is important for Turkey, while adding that Turkey has been exerting efforts to establish peace and stability in the Middle East. "It is our goal to establish stability in countries such as, Syria, Iraq, Afghanistan and Somalia. We would like to put forward a joint fight against all kinds of terrorism," Erdoğan said, adding that both Turkey and the U.K. have jointly been fighting instability and aiding humanitarian efforts in the region.

Aside from the Tatlıdil Forum, Erdoğan will meet with Queen Elizabeth II and U.K. Prime Minister Theresa May during his visit where he is expected to discuss Syria, Iraq and Iran and the Joint Comprehensive Plan of Action (JCPOA), which was signed in 2015 between the P5+1 (China, France, Germany, Russia, the United Kingdom and the United States), with the support of the European Union, to ensure that Iran's nuclear program will be exclusively peaceful. In return, Iran benefits from relief of sanctions imposed on Tehran. U.S. President Donald Trump announced last week that Washington would leave the deal and re-imposed sanctions on Tehran.

U.K. officials have previously said Turkey has the right to secure its borders against terrorists groups. After Turkey launched Operation Olive Branch against the PKK's Syrian affiliate, the People's Protection Units (YPG) in northwestern Syria's Afrin on Jan. 22, the U.K. said it recognizes Turkey's legitimate interest in the security of its borders.

"We are closely following developments in Afrin in northwestern Syria," a statement from the U.K. prime minister's office had said on Jan. 22. The U.K. regularly discusses issues relating to the conflict in Syria with Turkish authorities "in line with our shared aim of reducing violence and enabling a political settlement," it said.

"We recognize that Turkey has a legitimate interest in the security of its borders," the statement affirmed.

The U.K. is committed to working closely with Turkey and other allies to find solutions in Syria that provide stability, avoid escalating the situation and protect Turkey's security interests, it added. Aside from bilateral meetings, Erdoğan is also expected to speak at the Chatham House think tank.

The Tatlıdil Forum, established in 2011, gathers leading figures from the fields of academia, business, the media and politics to strengthen relations between Turkey and the U.K. The sixth gathering of the forum was last year in the southern Turkish province of Antalya in March.

Speaking about the forum, Erdoğan said ahead of his departure for the U.K. that Turkey gives "special importance to developing cooperation with the U.K. The Tatlıdil Forum contributes to that highly."

On Saturday, Turkey's EU Minister Ömer Çelik was quoted by Anadolu Agency as saying that the EU would be devoid of the strategic role of the U.K. following Brexit. Çelik made the remarks at a panel focusing on post-Brexit Turkey-U.K. and EU-U.K. relations with Alan Duncan, Britain's minister for Europe and Americas, at the 7th Tatlıdil Forum. Çelik said the EU will be devoid of British partnership in strategy following Brexit, but Turkey and the U.K., as two big democracies in Europe, will continue cooperating after Brexit, according to ministry sources.

Underlining that it will not be possible for the EU, which is dealing with multiple crises, to adapt to the changing international system without Turkey and the U.K. and remain an effective actor, Çelik said Europe's security could not be considered complete without those two countries, said sources, who asked not to be named due to restrictions on speaking to the media.