US withdrawal from Iran nuclear deal to create problems in the region, Erdoğan says 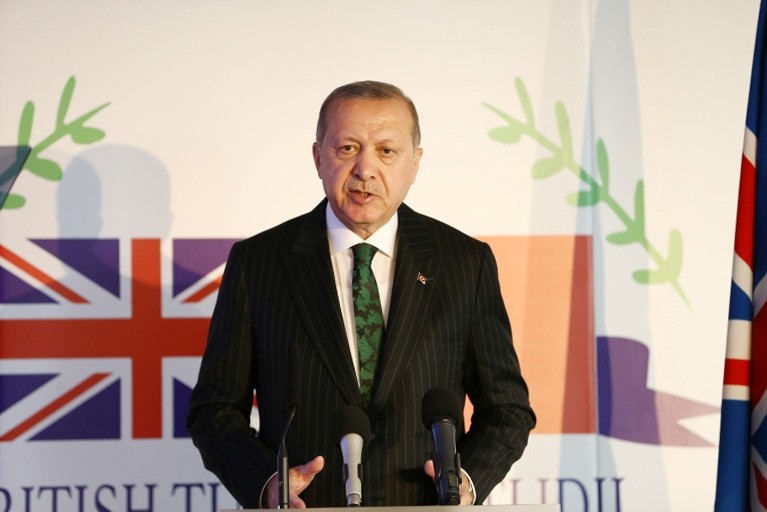 The nuclear deal with Iran signed during the Obama administration was a positive step toward peace, and the cancellation of this deal will create new problems in the region, President Recep Tayyip Erdoğan told the BBC Sunday.

Speaking to the British broadcaster, Erdoğan reiterated his opposition to the Trump administration's withdrawal from the deal.

"Continuity is essential in terms of agreements between states," Erdoğan said, adding that such deals are the guarantors of international stability.

The president noted that the five countries which signed the nuclear deal need to make sure that they protect it.

In response to a question about if he is disappointed in the U.S.' withdrawal from the deal, Erdoğan answered yes, saying he is "in favor of peace in the region" and added: "For us, any action that threatens peace in the region is dangerous, and there is no way we will approve of a stance that poses a threat to peace."

Speaking Monday on the issue at the Chatham House, Erdoğan said that diplomatic successes gained through large efforts to prevent the spread weapons of mass destruction are being led to waste by unilateral decisions.

On Tuesday, Trump withdrew his country from the landmark nuclear deal, which was signed in 2015 between Iran and the P5+1 group of nations (the five permanent members of the U.N. Security Council plus Germany).

With regards to Turkey's cooperation with Iran and Russia in Syria, Erdoğan said that although the two countries support Bashar Assad, he is still against him. He noted that Turkey would have worked with the U.S., Britain or France if they cooperated.

"But we couldn't. For instance, the U.S. cooperated with terrorist groups during the Raqqa operation," Erdoğan told the BBC, in reference to the U.S. support for PKK-linked People's Protection Units (YPG) to liberate Raqqa from Daesh.

He noted that Turkey is currently carrying out operations in northern Syria with the cooperation of Russia and aims to destroy all terrorist groups there.