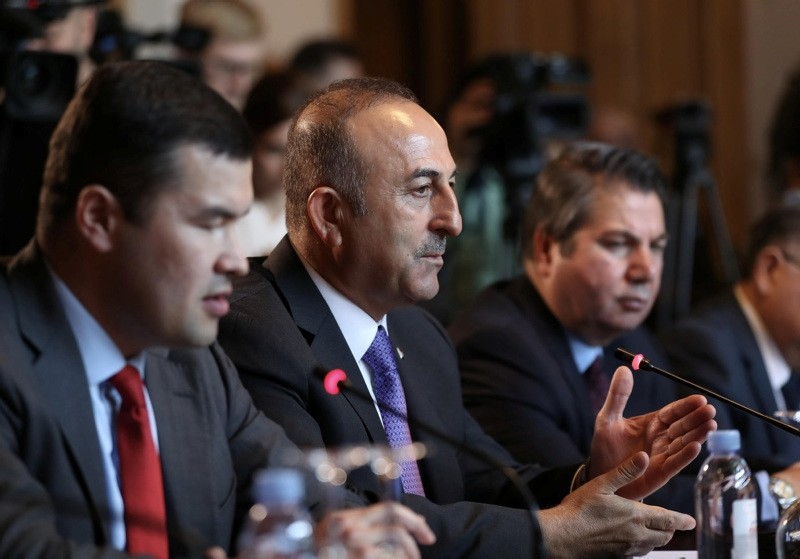 Foreign Minister Mevlüt Çavuşoğlu on Tuesday discussed Israel's killing of Palestinians in Gaza protests with his Palestinian, Indonesian, Iranian and Jordanian counterparts as well as General Secretary of the Organization of Islamic Cooperation (OIC).

According to diplomatic sources, Çavuşoğlu held phone conversations with Palestinian FM Riyad al-Maliki, Iranian counterpart Javad Zarif, Indonesia's Retno Marsudi and Yousef Al-Othaimeen, the General-Secretary of the OIC to discuss the Israeli actions along the Gaza border, which resulted in killings of 60 Palestinians and more than 2,400 injuries.

Most of the Gazans who died Monday were shot by Israeli snipers, Gaza's health ministry said.

Turkey declared three days of mourning and President Recep Tayyip Erdoğan called for an extraordinary meeting of the OIC as the rotating chairman of the organization.