Chief of Staff Gen. Akar meets with US, Greek counterparts 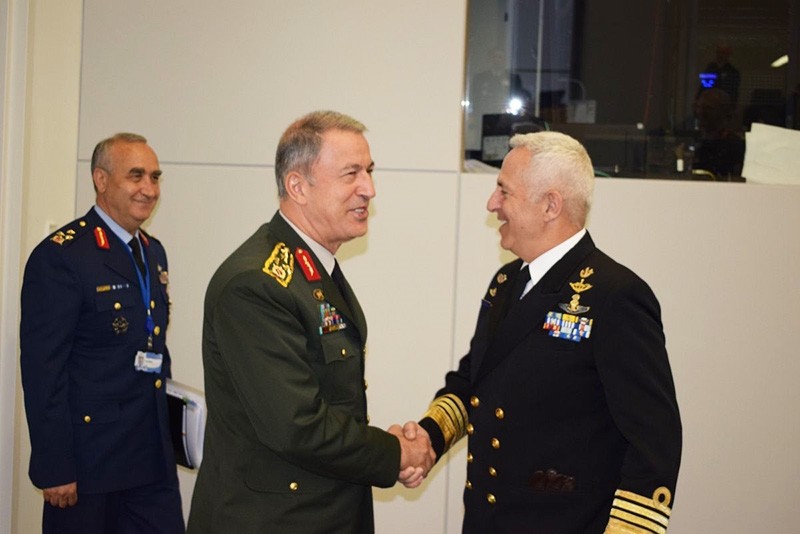 Chief of Staff Gen. Hulusi Akar on Wednesday met with his American and Greek counterparts on the sidelines of the 179th NATO Military Committee Chiefs of Staff Meeting in Brussels.

On April 28, the two military generals held a phone conversation and discussed regional security issues and the mutual cooperation between the two countries.

They also previously met on the sidelines of military summits.